Tanzania has been granted a loan worth $123.39 million to finance part of the country’s North-West Grid 400kV Nyakanaz–Kigoma power transmission line project.

The project aims to improve supply, reliability and affordability of electricity in the Kigoma Region in north-western Tanzania by providing main grid access for the socio-economic transformation of the region in line with the country’s 2025 vision.

It is projected to increase electricity access from 16.2% to 20% in the region with over 483,000 households by 2024. Read more: Regional development bank commits to Tanzania’s gas power plant

This power transmission line to be completed by 2024 involves:

Consultancy and audit services as well as compensation and/or resettlement of people affected by the project will also be implemented.

The project will be financed from three sources, namely, the AfDB loan, the South Korea Economic Development Co-operation Fund and the government of Tanzania. The funds, which represent 66%, 24% and 10% respectively of the overall cost, is estimated at $186.12 million.

In addition to enhancing job creation, the project is expected to reduce greenhouse gas emissions in north western Tanzania. 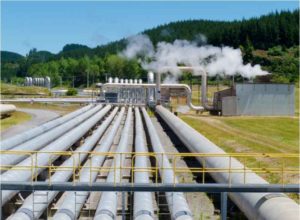