Kibo Mining has received commitments to raise £750,000 ($1 million) via a share placing to progress its coal-to-electricity project in Mbeya.

The mining company, which aims to become a regional electricity supplier, said they would raise the money through placing of 17.6m shares at 4.25p each.

“Our portfolio of power projects, including our flagship 300MW Mbeya coal to power project, is rapidly advancing and I look forward to updating both new and existing shareholders on progress soon,” said Chief Executive Officer Louis Coetzee.

It is reported that the listing is being carried out by Kibo’s UK broker, Beaufort Securities and the company expects to pay an aggregate of £75,000 ($103,000) in expenses.

Application will be made for the New Ordinary Shares to be admitted to trading on AIM and the JSE AltX markets.

Trading in the New Ordinary Shares is expected to commence on AIM and the JSE on or around next Monday.

The Mbeya coal-to-power project comprises the development of the Mbeya Coal Mine, a 1.5Mt p/a mining operation and the Mbeya Power Plant, a 300MW mine-mouth thermal power station.

According to the company and contrary to press speculation, Kibo Mining has not yet signed a power purchase agreement (PPA) with Tanzania Electric Supply Company (Tanesco).

However, the company has stated that it remains in advanced discussions with Tanesco and the Ministry of Energy regarding the PPA, which will enable Kibo to move towards execution and conclusion of the final development phase of the MCPP.

The PPA is expected to be finalised as early as the end of the first quarter of this year, in accordance with the timelines previously agreed with Tanesco and the Ministry of Energy. 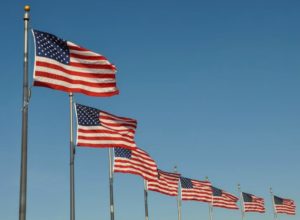