Smart cities and municipalities can learn much from the integrated green principles and practices incorporated into the design, construction, refurbishment and operation of businesses that strive to showcase social, environmental and economic best practices. ESI Africa spoke with Verde Hotels’ CEO Dawie Meiring about their quest to attain sustainable business practices.

Looking to replicate their eco-hotel business model from South Africa, Verde Hotels got involved in a hotel expansion project in Zanzibar, Tanzania in late 2015. The hotel’s owner, Said Salim Bakhresa, was upgrading the old hotel and involved the Verde Hotels’ team to develop and manage the property development.

Meiring clarified that by the time the team was involved, basic construction had already started and the foundations were complete. Therefore, the team had to quickly understand the owner’s vision before certain aspects could be changed, which were not deemed sustainable. The CEO acknowledges: “The owners were very accommodating of our request and what we needed to do. But, with certain things, it didn’t make sense to break it down. We worked well together, which helped us get the hotel management contract.”

Some of the old hotel’s accommodation rooms were kept and a soft refurb was done. While part of the main restaurant was retained – an iconic restaurant with its wooden thatch roofing and palm trees that now form part of the spa building on the premises.

The onsite solar plant can generate 200kW from the solar panels, which double-up as shading on the carport and walkways.

Hotel Verde Zanzibar, AZAM Luxury Resort and Spa opened for a soft launch for a week at the end of March 2018 when construction on the first accommodation building was done. The hospitality component was finished by August, which gave them 106 rooms, a reception building and conference rooms to manage, with a five-star Spa becoming available in late 2019.

Things went swimmingly until COVID-19 hit earlier this year, though Hotel Verde Zanzibar was not as badly hit as many of the older Zanzibar hotels. “Our hospitality model is quite modern so we already had quite a few of the basics regarding health and safety in place, which the other hotels didn’t have. We were open right till they closed the airport and ferry terminals. On 11 April we had to close our doors, but we’re back up and running and have been doing well since 17 June.”

One of the similarities between the Hotel Verde in Cape Town and Zanzibar was the inclusion of a greywater recycling system – shower water is recycled and used to flush toilets. “Other than that, it’s been interesting. There were a lot of ideas that had to be changed or shifted. In Cape Town, we balance one way, in Zanzibar, it’s the other way. Using similar strategies, but applying them to the local environment to ensure fit for purpose sustainable buildings.”

The black water treatment plant is also covered with solar panels, which reduces the heat-island effect.

The Zanzibar hotel has an almost circular water system – water is obtained from wells on the property and purified onsite. Through a reverse osmosis process they create potable water and hot water for the bathrooms. Afterwards, used water is sent into a greywater system, which repurposes the water for the toilets. Effluent flushed down the toilets gets sent into a black water system, which cleanses the water to be used to irrigate the plants on site.

Eventually, that groundwater makes its way back to the onsite wells. “It made sense to create a black water treatment plant because there were just so many plant and irrigation requirements. The absence of municipal wastewater recycling on the island, encouraged us to deploy active re-use technology.”

The hotel does not generate as much onsite electricity as management would like, but it is a question of what is economically viable. The onsite solar plant can generate 200kW from the solar panels, which double-up as shading on the carport and walkways between the reception and accommodation buildings.

The black water treatment plant is also covered with solar panels, which reduces the heat-island effect on the black water plant, whereby energy that would have caused heat accumulation, is now converted to electrical energy. The balance of the solar panels are situated on top of the reception building roof, reflecting heat to help the building absorb less.

There is also a small desalination plant onsite (used as backup) to produce water for hotel guests when required and Meiring has his eyes set on a water park next door (not part of the hotel but run by the same owner) because he sees potential in shading their parking lot with solar panels to create more power. “The necessary careful balancing between cost and need for storage versus just how much potential energy can be generated is a project for another day.”

What about energy efficiency?

The biggest active technology they have used in terms of energy efficiency at the hotel in Zanzibar is the way the VRV (variable refrigerant volume) air-conditioning works and the use of heat recovery units. Where they need to conserve and use heat in Cape Town, they only ever need to cool rooms in Zanzibar.

A by-product of constantly needing to cool rooms is heat, through heat exchangers. Removing this heat is then used to pre-heat the hot water tanks for guest use.

The entire accommodation building’s air-conditioning system is segmented into four silos – four sectors which can each be switched on or off, depending on the hotel’s occupancy rate. The property management system auto-allocates rooms on the six floors by zone, with sea views being more popular than the mangrove. The air-conditioning zones get activated as rooms become occupied on the system.

Taking the temperature to take control

Smart controllers also shut down the cooling cycle of the air-conditioning when the doors are opened and sensors note when rooms are unoccupied, again cutting off air-conditioning to minimise energy usage.

“This is a lesson we learned in Cape Town. If we can put the room at a comfortable temperature when the guest walks in, that first initial contact will determine whether or not the guest will use the air-conditioner. We do it at a very simple preset formula and since we’re now controlling the temperature at around 21.7 degrees Celsius it facilitates not having to change settings.”

Verde Hotels are currently assisting Ecolution Consulting to project manage the expansion of Beer Garden Inn, an Ethiopian Hotel. This hotel is being extended by nine floors, adding an additional 102 guest rooms and several conference venues.

“It’s a beautiful property they’re trying to create, all built within the sustainable principles of Verde Hotels. We would put in a grey water recycling plant and there is speculation around solar for the rooftop. An exciting element to include is regenerative elevators.”

One thing Meiring would love to do differently in Ethiopia is the greenwall. Zanzibar has a greenwall, which extends all the way to the top of the building, four times the size of the one at the hotel in Cape Town. The Ethiopia plan is different though – there they want to bring the outside indoors, in a different way by incorporating plants into the building’s spaces “for form and function”.

Smart controllers shut down the aircon cooling cycle when doors are opened and sensors note when rooms are unoccupied.

“Verde Hotels is built on two components – we want green buildings that are certified green, but where we want to make an impact is with our sustainable business practices,” explains Meiring. This means careful auditing of energy consumption and business practices; looking at how the built environment functions not just to save energy but what operational measures are met through the design. It incorporates everything from making sure the light levels in a room are correct for the person using that space to the correct amount of fresh air being put into the space for the number of people who will use it.

Can the plan be duplicated elsewhere?

Taking the Zanzibar project as an example, he stresses the importance of understanding the conditions where you are operating. “You have to understand the sustainability initiatives of a building and of a green building within your industry. What are the environmental conditions and what will the impact be?”

For a green building to be successful it must have sustainable business practices deployed in the business run from within the building. Only then are you creating the environment for a fully sustainable project. “In different markets, it has to be a constant process of ‘is it available’, ‘can you use it’, ‘does it make sense’? If not, take it off,” advises Meiring.

As a final observation, he states: “If you put something into the building that is not used, it is wasted and that’s not sustainable. So purpose-built is important. We’ve made mistakes; there are certain things we shouldn’t have done, but we learn from our mistakes.” ESI 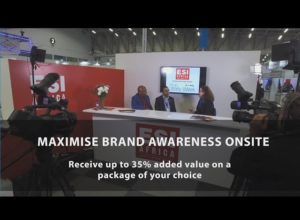 Knowledge is power with ESI Africa