Today, Eskom received a resignation letter from suspended Group Executive for Information Technology, Sean Maritz, stating that he has decided to resign with immediate effect.

Maritz’s resignation comes against the backdrop of serious charges of misconduct that were levelled against him, that would have been adjudicated at his disciplinary hearing scheduled for 8 – 9 March 2018.

Eskom stated that the disciplinary process to hold Maritz to account for any proven wrongdoing can no longer be pursued in light of clear legal precedent that a resignation by an employee unilaterally terminates the employment relationship.

However, the power utility “reserves all its rights to institute legal action in respect of any damages that the company may have suffered arising from his actions at Eskom, and to enforce its legal rights under the Pension Funds Act,” a company statement said. Read more…

It added: “The Board of Eskom remains committed to its mandate to root out malfeasance and maladministration as a critical foundation to restoring transparent and effective governance. As indicated during the interim results presentation, a key focus for the new Board has been to address governance-related issues as a matter of urgency.”

In related developments, today Parliament confirmed that former Minister of Public Enterprises Minister Lynne Brown, who has been linked to the on-going Eskom Inquiry, has tendered a resignation letter.

ANC Chief Whip Jackson Mthembu took to Twitter to confirm the news, below is what he said.

The Office of the ANC Chief Whip confirms the resignation of former Minister of Public Enterprises, comrade Lynne Brown, as a member of Parliament effective 27 February 2018. 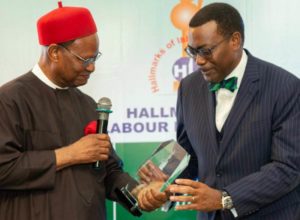