SONA 2020: Big plans that require tough action according to OUTA 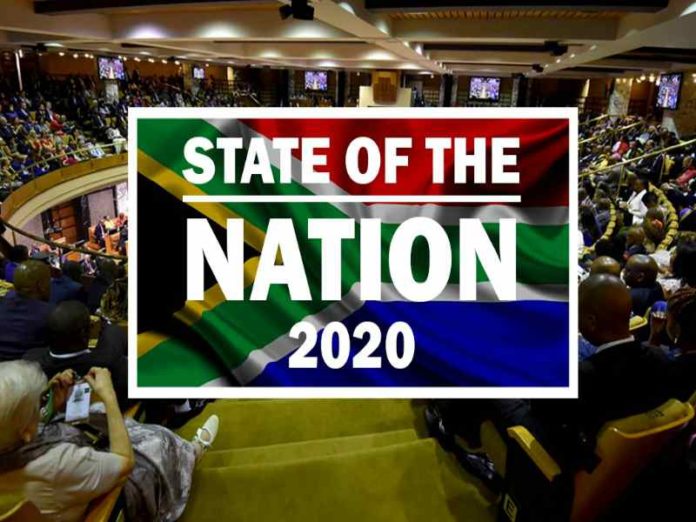 South African President Cyril Ramaphosa’s SONA 2020 contains substantive promises of change to strengthen the capacity of the state and promote a culture of accountability states OUTA.

“We want to believe in the vision and plans promoted during the President’s speech. However, unless the promises made are followed by concrete, faster implementation South Africa will remain in a precarious state. We are running out of time,” says the non-profit organisation OUTA (Organisation Undoing Tax Abuse).

Recognising that the state of the nation is heading towards a dire situation, the President listed numerous promising initiatives to stimulate the economy. These ranged from the promotion of IPPs, building infrastructure and reducing the barriers to doing business, to addressing corruption and the inefficient use of public funds.

The President’s vision, however, can only become a reality when those in authority lead by example and begin a meaningful cost-cutting journey from the top, states OUTA. “We still need to see the promised public performance agreements for ministers, along with a real ‘new culture of transparency and accountability’.  While senior leaders implicated in state capture continue to walk free, society will remain rightfully wary in this regard.”

Thus, while OUTA is inspired by the Ramaphosa’s presidential promise of a “culture where corruption, nepotism and patronage are not tolerated, and action is taken against those who abuse their power or steal public money”, the NPO stressed that they need action to be convinced.

The acknowledgement of the importance of broad-based coalitions with business, labour, special interest groups and wider civil society. We will continue working towards a brighter future for our country.

The bold new path on energy, aimed at stabilising the security of electricity supply, including policy and regulatory actions which have long been awaited. Energy is a key enabler of the economy so we welcome moves to deliver economic sustainability and affordable electricity. But major obstacles remain and the remnants of state capture must still be rooted out.

The acknowledgement that Eskom must be strengthened without putting workers’ pensions at risk or compromising the integrity of the financial system.

The promise of measures to reduce spending and improve its composition in the Budget, including reducing the government’s wage bill. We call on labour to support this difficult necessity.

The promises to improve the state of public finances.

The explicit acknowledgement of the climate change crisis and its inclusion on the agenda with the promise to finalise the Climate Change Bill and to the youth activists that no one will be left behind in the transition to a low-carbon society.

The effective adoption of the National Treasury’s Economic Transformation paper as the basis for economic reforms.

The repeat of promises to rationalise SOEs and ensure they serve strategic economic or developmental purposes. We agree with the President when he says: “The extent of capture, corruption and mismanagement in SOEs is best demonstrated at South African Airways, which was placed in business rescue late last year.”

The promise to fix commuter rail “this year”.

The promise of specialised units to combat the construction mafia who extort money from construction businesses.

The undertaking to continue action against corruption and state capture, with the ongoing partnership of civil society. The drafting of the National Anti-Corruption Strategy is an important step in the right direction.

The promise to release within days the report of the PIC commission.

The assurance that the Infrastructure Fund remains firmly on the agenda, with a raft of projects lined up and a seven-fold increase in expected funding over the next decade.

The creation of a sovereign wealth fund/state bank, which will require convincing and a lot more detail. Such a fund has the potential to help stabilise the economy but must be rigorously guarded against mismanagement and corruption which would be catastrophic.

The ambitious initiatives to address youth unemployment, one of South Africa’s most complex social challenges.

The renewed promise to reduce barriers to entry for business and focus on SMMEs, essential for job creation, which will require bold regulatory changes across key sectors.

Economic sector-specific master plans and promises social compacts around these.

The promise that the new district development model for local government will be used to build state capability “where it has been most broken”. Clarity is needed on this model and how it will be better than previous failed plans to rescue local government.

OUTA has stated that it will closely monitor the commitments made in SONA 2020. As active members of civil society, “we will carefully track progress and hold the government to account where promises are not kept”.