This is according to a recent study conducted by Bloomberg New Energy Finance (BNEF), which noted that the latest 2017 figure was “remarkable” given the falling capital costs for the leading technology – solar. The research findings discovered that typical utility-scale photovoltaic (PV) systems were estimated at being 25% cheaper per megawatt in 2017 than they were in 2015; yet solar investment globally increased 18% year-on-year to $160.8 billion in 2017.

China was highlighted as the leader in solar PV installations in 2017, taking over big strides that Australia and Mexico had made in renewable investments, and declines in Japan, UK and Germany. Solar investment globally amounted to $160.8 billion in 2017, up 18% on the previous year despite these cost reductions. Of note is that an estimated $86.5 billion of the global spend was contributed from China.

This was 58% higher than in 2016, with an estimated 53GW of PV capacity installed – up from 30GW in 2016. Justin Wu, head of Asia-Pacific for BNEF, commented on the findings: “China installed about 20GW more solar capacity in 2017 than we forecast. This happened for two main reasons: first, despite a growing subsidy burden and worsening power curtailment, China’s regulators, under pressure from the industry, were slow to curb build of utility-scale projects outside allocated government quotas. Developers of these projects are assuming they will be allocated subsidy in future years.” He added that with the continuing fall in solar costs, there is an increase in rooftop systems in industrial parks, highlighting that these systems are not limited by the government quota.

Head of Solar at BNEF Jenny Chase foresees global solar installations will be at least 107GW in 2018, compared to 98GW in 2017. “In the total global forecast for PV this year, China still dominates, with 47–65GW. However, this is the year that Latin America, south-east Asia, the Middle East and Africa will make up a measurable slice of the total. For instance, Mexico is likely to be a 3GW-plus market in 2018, and Egypt, the UAE and Jordan between them at 1.7–2.1GW.”

When honing in on China’s recent overtake in the PV market, Chase explained that the 53GW installation in 2017 is “still fundamentally irrational – the mechanism to collect the subsidies to be paid out has not been determined, and many of these projects are being built before they have secured ‘quota’ from the government to have access to the subsidy pool.” Chase adds that “it looks as if Chinese state-owned developers and investors will build them anyway, on the assumption that the government will find a way and, if not, compensation for the power itself will prevent a total loss.”

Wu sees China investing in more distribution grid-connected solar projects (low voltage) in 2018 than the larger transmission grid-connected projects, adding that it will also double the volume of behind-the-meter solar projects built. “The fastest growing segment of distribution grid projects are the behind-the-meter rooftop systems, which we predict will double to 14GW in China in 2018.”

With a global transition towards the adoption of clean, sustainable and affordable power, solar technology could continue to see a rapid decline in costs and an increased uptake of off-grid installations. Ranking in the Top 10 solar generation countries, South Africa is seeing a boom in the commercial buy-in of rooftop solar systems, with new and existing developments incorporating solar into their energy procurement strategies. In North Africa, Morocco, according to IRENA, has around 128,000 homes already powered by solar home systems – it also ranks among the top three countries in Africa for the adoption of this technology. The uptake of solar technology globally, matched with the declining costs and advancements in research and development, should see a solar boom unfold in the year ahead. ESI 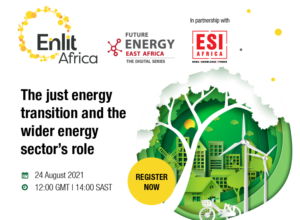 Webinar 24 August: The just energy transition and the wider energy...