My flight into Nairobi on Monday arrived late enough for me to get a bird’s eye view of the lights from this city that is making a name for itself as the gateway into the East African region.

There is no indication of how many people are not included in this expanse of lighting that welcomed everyone on board. Neither did it tell the story of whether it originated from grid connected or alternative sources, such as rooftop solar or diesel generators.

This is the type of information I am about to glean from conversations at the Future Energy East Africa conference and exhibition. The 20th edition of this popular event has themed its keynote addressed on: At what speed is East Africa achieving energy access?

Will the region’s stakeholders from the public and private sectors be realistic in their answers during the conference? I anticipate not and here’s why.

The public sector response will rather highlight the progress achieved, and rightly so – it is important to celebrate the successes. Whereas the realistic answer is that government and public run utilities (in their current business model) are unable to make haste where energy access is concerned.

The private sector response is likely to be cautious – not wanting to ostracise themselves from public sector projects. I do hope that my prediction is wrong and that an honest assessment of the question raised transpires.

Recent news from ESI-Africa.com does show a region striding ahead, such as completion of Kenya’s long-awaited 400kV Loiyangalani-Suswa power transmission line, which will evacuate 310MW of wind power from the Lake Turkana wind farm. This is large-scale, visible progress that deserves attention.

However, the challenge in answering the keynote session’s question is also about the region’s un-electrified, off-grid population. How can they be speedily connected to the grid – a grid that in itself is undergoing a transformation?

This story will continue to unfold next week when ESI Africa will host a live webinar around the challenges of managing a variable and fluctuating network. The question here is: Does grid edge technology empowerment improve quality of supply? 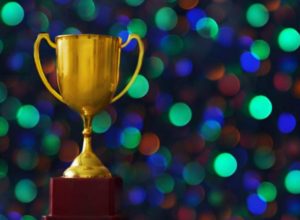