Parliament’s Standing Committee on Public Accounts (Scopa) expressed its disappointment over Eskom’s officials failing to account for questions posed to them on Wednesday in Parliament.

The power utility’s officials had prepared a presentation on the group’s expansions and deviations regarding contracts for the third and fourth quarter of the 2017/18 financial year.

According to News24, before the team could get a chance to present, Scopa chair Themba Godi wanted the executives to address concerns about tenders.

Scopa was being briefed by Eskom CEO Phakamani Hadebe, and acting chief procurement officer, Segomoco Scheppers, and other senior officials.

To further express its disappointment, Scopa issued a media statement.

SCOPA Disapointed by Eskom’s Failure to Respond to Questions on Deviations and Expansions on Contracts https://t.co/QU1qqy3QKy pic.twitter.com/1KkDDmUnDH

Godi said: “What has happened today [Wednesday] inspires no confidence in Eskom.”

“This is a direct reflection of the management of Eskom as a company that Eskom officials do not take Parliament very seriously,” he added.

As a result, the committee suspended the hearing and rescheduled for Eskom representatives to reappear before the committee on August 28. Read more: Government to publicise the Integrated Resource Plan for public comment

I never thought this could happen to #Eskom but it has happened. As it happened, emergency level 1 was in force & load shedding was forecasted.
These kind of experiences dont happen by chance.
It’s easier to destroy but it’ll take exceptional men & women to make Eskom great again pic.twitter.com/nlQfqDDwxN 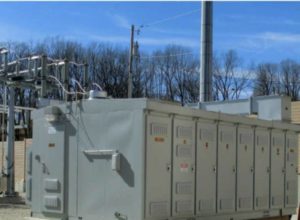