The minister’s sentiment, expressed during his opening address at the 25th annual Investing in African Mining Indaba, was well received by Deloitte’s Andrew Lane, Africa energy and resources leader.

“The address by the minister was a lot more positive than last year,” Lane said. “We welcome his accentuation of investment in African mining and his clear call for attracting investment to the continent.”

“Very importantly Minister Mantashe acknowledged the importance of mining companies being profitable. This is a great acknowledgement from government. At the core it is through profitable mining activities that communities are able to benefit,” Lane said.

Minister Mantashe drew attention to the fact that South Africa is slowly moving out of a recession but noted the mining industry has not contributed to that positive movement. He stated that he would like to see an increase in jobs in the mining sector and moreover, the industry needs to contribute positively to the growth of the SA’s GDP.

Mantashe repeatedly noted that he wants investors to know what they are signing up for when they are investing in South Africa and that the finalised Mining Charter plays an important role in providing this certainty.

In response, Lane said: “The government has definitely moved forward to provide regulatory certainty in the industry, but investors are still cautious, especially in the light of industry concern about whether this will be the last iteration of the Mining Charter.” Read more: Outlook for South Africa mining sector for 2019 bullish

Lane welcomed the Minister’s instruction to the Council for Geosciences “to improve the quality of geological mapping and to start drilling, which improves the quality of data needed to make better investment decisions”.

He is optimistic about the Minister’s pronouncement that petroleum would be legislated separately, saying that it is another growth opportunity for the economy.

“Along with the DTI, Minister Mantashe stressed the importance of fuel cells to drive platinum demand. Given the importance of this we should have a state policy and the state apparatus should be driving procurement and demand for fuel cell-based vehicles,” Lane commented.

South Africa and Zimbabwe hold majority of the world’s platinum reserves. This resource is an opportunity for collaboration and to find beneficial value on the platinum value chain.

In conclusion, Lane welcomed Minister Mantashe’s reference to shared value and the value for shareholders, communities and the country – the one not at the expense of the other. “This draws a direct comparison to what Deloitte’s states in its Value Beyond Compliance report, which looks at a new paradigm to create shared value for mines, communities and government.” 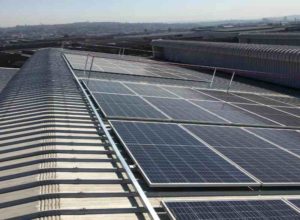