Rwanda’s Minister of Trade and Industry, Vincent Munyeshyaka, has noted that government is in the final stages of announcing a new electricity tariff for the industrial sector.

Presenting the draft law on Special Economic Zones in parliament, Munyeshyaka told members of Parliament that government is determined to find a permanent solution to the issue of load shedding, especially in the industrial sector, as part of the incentives to investors.

“Efforts continue to be put in place to fix electricity issues once and for all. As we speak, there is a new electricity tariff that has been completed aimed at reducing the cost of electricity specifically for industries and homes that use a lot of electricity,” he said.

According to the New Times, Munyeshyaka underlined that while electricity production is improving daily, the story of consumption in the industrial areas is different. Read more: Rwanda plans to revise power tariffs

“When you review electricity that is consumed in industries, it’s obvious that it is not yet at a satisfactory level. What needs to be done is to budget the electricity against the number of industries that are increasing in number. This is because we cannot allow an excess in electricity production because it can’t be stored and can cost us big losses,” he said.

It is reported that in 2017, government slashed unit prices for electricity by 50%, in a move that was aimed at increasing affordability, better service delivery and competitiveness.

Addressing the issue of incentives

Munyeshyaka said that based on the past incentives, government has seen reason to streamline and give a level playing field to both local and foreign investors.

“Looking at the incentives that were on offer before, there were some areas where there was need for revision,” he said.

“Among the areas was the allocation of land where the privileges were different but today, both local and foreign investors will be treated the same. For instance, no investor will be allowed to buy land but instead they will lease the land from the government,” he added.

Among the new changes to the land issue includes a requirement of a two-year business plan before any land is leased to an investor, and automatic withdrawal of the land upon failure for the business to kick off within that period. 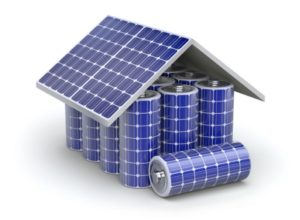