The Gishoma peat to power plant is expected to start operating next month, after having being subjected to delays due to heavy rains.

The 15MW plant, launched in May last year stopped operations due to flooding that has prevented machines from extracting the peat in Gishoma marshland according to Sumayile Habimana, the acting director of the factory.

“The plant was affected in October last year and we were not able to operate since then. For the seven months we have been paying workers over Rwf20 million ($23,001) every month without working and without production.

“We consider this as loss although some went on to provide assistance to other extraction sites,” Habimana told Sunday Times.

He added that since the peat power was connected to the national grid, it required intervention from hydro-power to fill in the gap. Read more: Gishoma peat power plant is grid ready

“We hope to resume operations soon during the dry season where we can extract enough to produce power until the next rains. Meanwhile we are mulling over introducing other technologies that can help us extract during rainy seasons although it requires a feasibility study that requires time to work on,” he said.

The plant, which was constructed by RUNH Power Corporation Ltd at a tune of $39.2 million, is located in Bugarama Sector in Rusizi District.

Once the plant produces enough peat, other factories such as Cimerwa Cement Limited are planning to use the peat in their production.

John Bugunya, Cimerwa’s chief finance officer said that the factory wants to use peat power to reduce imports of energy such as coal they use in drying in the factory.

“We have been relying on coal from Tanzania which delays some times. We think there is enough peat in Rwanda and gas from Lake Kivu to replace that coal. Investors are looking into the feasibility of how it can be prepared and used,” Bugunya said. 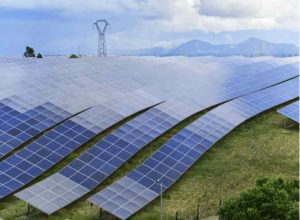