Unemployment is one of Africa’s biggest challenges, while an often unacknowledged solution lies in distributed energy, which can create up to a sevenfold increase in jobs per megawatt compared to utilityscale infrastructure development.

Out of 13 million youth entering the labour market each year, only three million find employment. It is becoming clear that an important contributor to job creation resides in the continent’s efforts to bring electricity to sub-Sahara’s 600 million people without access to basic energy.

The direct jobs potential for off-grid or decentralised renewable energy solutions worldwide is significant – estimated by the International Renewable Energy Agency (IRENA) at 4.5 million by 2030, including everyone from entrepreneurs and technicians to installers and distributors. Data from E. Mills’ article, Job creation and energy savings through a transition to modern off-grid lighting (2016), suggests that solar lighting alone could generate two million jobs. Yet, according to IRENA, employment for all renewable energy, including decentralised, totals just 16,000 in sub-Saharan Africa (excluding South Africa).

The region with the biggest potential for distributed renewable energy is precisely the region where few jobs exist, despite the fact that demand for distributed solutions such as residential solar and green mini-grids is rising, with millions of households already using them. This is a huge missed opportunity, and concerns are mounting that it will jeopardise efforts to end energy poverty. “Right now there is a huge shortage of talent, whether it is vocational or entrepreneurial skills, to deliver electricity access,” said Francois Milioni, director of training and entrepreneurship at Schneider Electric.

“Distributed renewable energy offers a chance for millions of young women and men, in Africa especially, to escape poverty and find rewarding and long-lasting jobs, but that won’t happen without a much greater worldwide effort to develop the necessary workforce.” The company, which since 2009 has trained more than 170,000 people, focused on electricians, electrical maintenance technicians, and especially electrical distribution (for homes, buildings, and industries), automation, and renewable energy. However, the baseline data is still sparse for the amount of direct employment from distributed energy in rural sub-Saharan Africa.

There is a broad recognition of the growing mismatch between the skills that Africans have today and the skills that employers – including DRE enterprises – are demanding. One sign of this: only 2% of university graduates in Africa are engineers, which is where many future jobs lie.

“We are essentially training our youth for jobs of yesterday, not the jobs of the future,” said the African Development Bank’s president, Dr Akinwumi Adesina, who launched an initiative last year to create 25 million jobs and provide skills training for 50 million youth in the next decade.

But comprehensive government-led efforts focused on DRE job skills are minimal at best – a point made clear by the World Employment & Social Outlook 2018 – Greening with jobs report. Apart from South Africa, which was credited for pro-active policies and programmes to develop renewable energy and other green job skills, most African countries got barely any mention.

Meanwhile, the private sector has been doing much of the heavy lifting on this issue in Africa. BBOXX and M-KOPA have both created their own ‘University” and ‘Academy’ programmes to train their teams. They are also partnering with Shortlist, a tech employment startup in Kenya that helps companies build internal learning and development programmes for junior, middle and senior level staff.

India, where as many as 300 million people still lack access to electricity, could be a good indicator of a strong jobs multiplier effect for distributed renewables compared to centralised solutions. A report from India’s research institution, the Council on Energy, Environment and Water (CEEW), in 2017 showed that rooftop solar, i.e. distributed renewables, created seven times as many jobs per megawatt as utility-scale solar. These jobs are found largely in the design, installation, operations and maintenance, and business development of these projects. The Indian trade association for decentralised renewables, Clean Energy Access Network (CLEAN), estimates that more than 43,000 jobs were created in 2017/18.

Recent signs in sub-Saharan Africa are also encouraging, especially in pioneer markets. A new report from the Energy and Environment Partnership (EEP Africa) on mini-grids in east and southern Africa, which looked at 19 projects, found that new direct jobs from these mini-grids totaled 685, an average of 36 jobs per project. The International Energy Agency (IEA) estimates that at least 100,000 and as many as 200,000 mini-grids are needed in Africa, suggesting a minimum labour market of 3.6 million.

Out west in Nigeria, where it’s estimated that there is an $8 billion annual revenue opportunity for mini-grids, job creation is on the rise. Since 2017, nearly 400 electrification projects contracted by the Rural Electrification Agency resulted in approximately 5,000 skilled and unskilled jobs. And it’s not just energy companies and projects creating direct jobs. In many cases, the purchase of rooftop solar systems provides consumers with new employment opportunities. IRENA found that an additional 50 to 100% more jobs are created indirectly for each direct job in the decentralised renewables industry.

Based on a survey by a global association for the off-grid solar energy industry, GOGLA, 7% of more than 2,000 customers surveyed said that purchasing a solar home system enabled them to get a new job, while 5% reported additional income from a job. On average, these new roles generate an extra $28 per month. Similarly, in 2016, renewables company Mobisol reported that 15,000 of its customers using their solar solutions for business create around $5 million per year in additional income.

Distributed solar, it turns out, is unlocking employment opportunities, both directly and indirectly. For the full jobs potential to be achieved, however, national governments and their funders must fully embrace the opportunity – for women and youth especially – and invest in creating the skills and training needed for a new and distributed energy workforce. ESI

William Brent is a leader at Power for All, a global coalition of more than 200 organisations campaigning to make distributed renewable energy, including rooftop solar and mini-grids, a central solution for ending energy poverty. www.powerforall.org 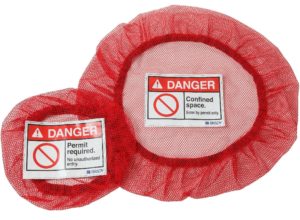