Developed in the framework of its programme RES4Med, in collaboration with PwC, presented and discussed during a webinar, the survey gathers investors’ views about risks and barriers to investigate why private investments in the renewable energy sector of the Mediterranean (Med) region are still limited in spite of the solar and wind potential, the growth of energy demand and the increasing political commitment to a green future.

Have you read?
New study in support of South Africa’s energy reform

Morocco stands out for having the lowest risk level, since policy makers have made major strides here in the past years. Egypt, Jordan and Tunisia are in a medium-risk group, having made large improvements in certain risk areas though other areas require more policy effort. Algeria, Libya and Lebanon fall into a high-risk category, where attracting RES investments will require significant additional effort in broadly all risk areas.

In the four countries covered in both editions of the survey (Egypt, Tunisia, Morocco, Jordan) there has been a marked decrease in risk perception over the past five years. The survey also identifies the existing perception gaps, giving important indications on which are the areas where greater business-to-government dialogue is needed. Large perception gaps exist in Morocco, Egypt, Jordan and Tunisia, countries where policy makers have been making great strides but investors believe further de-risking is needed.

According to the survey, private sector stakeholders deem grid access as the most acute risk in the Med region, with concern related to both the adequacy of rules governing market access as well as the material adequacy of grids to integrate a growing share of renewables.

Public sector stakeholders seem to agree that grid access is an issue, but they only place it at the 7th spot in terms of significance. This speaks to a greater need to develop dialogue, but also to significantly step-up efforts related to grid investments, credible planning and better governance of grid codes.

Have you read?
Ethiopian Women in Energy and youth partner with RES4Africa to boost RE sector

IPP market access is also a source of risk, but public sector stakeholders seem to overestimate its significance. Some countries do indeed need to improve laws concerning IPP market access. Nonetheless, private sector stakeholders frequently reported that the problem lies not in inadequate laws, but rather in inadequate implementation of otherwise rather well-formulated legal frameworks.

The group of risks relating to financial costs (availability of finance, inflation, exchange rate, capital transfer) stands out as very high. There is a stark divergence in views concerning financing availability: while 60% of private sector stakeholders consider this a high risk, only 39% of public sector stakeholder agree. Fixing the problem of financing availability will require a greater cooperation between the public sector and development finance institutions, not only on establishing financing facilities but also (some would say especially) on drafting bankable PPAs and other project documents.

Political risk and political force majeure continue to feature on the list of concerns. Here the survey shows a fragmentation of the regional split, where some countries are virtually free of political risk while in others it remains an issue of endemic proportions. 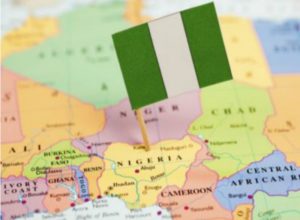