Public Enterprises minister Pravin Gordhan briefed the media on Thursday regarding a way forward to curb Eskom’s nationwide planned loadshedding that has been implemented over the past week.

Gordhan announced that all leave has been cancelled for senior Eskom managers and that they will be deployed to power stations.

The minister assured South Africans that the situation will be assessed over the next 10 days to find a lasting solution to avoid load shedding.

“There’ll be a very intensive look over the next 10 days, that’s part of the action plan to understand exactly what the nature of the problems is, which ones are easily fixable and which ones will take some time to fix.”

EWN quoted Gordhan stating that the power utility needs to get the basics right.

“The operational side of the business is not doing as well as it should, and this is accompanied also by the fact that at seven of the power stations, for example, we’ve had acting managers,” he said urging that permanent appointments need to be made at Eskom.

According to eNCA, the power utility said it will make sure South Africans keep their lights on while it deals with its R419 billion debt. Read more: ESI Insights #11: Eskom crisis

The company has asked for additional funding of R100 billion to try and keep afloat.

“We’ll try our best to get loadshedding to finish before Christmas. We are working hard,” said Gordhan.

He continued: “Next week we’ll give you a concrete assurance. We want to ensure businesses, we want to stabilise the supply by January. The economic impact is something we minimise or cancel.”

Watch the video below eNCA’s analysis of the Eskom’s sitiuation. 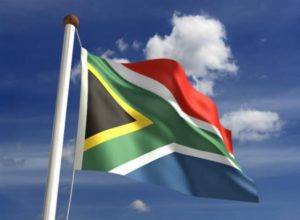