South African President, Cyril Ramaphosa, has announced the establishment of the Transnet National Ports Authority as an independent subsidiary of Transnet.

The President briefed media following his visit to the Port of Cape Town to assess port operations, the challenges faced by the port and to be briefed on progress to improve port efficiencies.

The Board of Transnet and the new management team have done well to stabilise Transnet, develop a world-class strategy and undertake actions to promote investment and improve performance at the ports.

As government continues to implement structural economic reforms to accelerate economic recovery the President stated, “This is an important part of the Economic Reconstruction and Recovery Plan that we developed together with our social partners in business, labour and the community. The weak performance of our ports is the result of structural challenges in our logistics system and operational inefficiencies.”

“It is for this reason that we are today announcing the establishment of the Transnet National Ports Authority as an independent subsidiary of Transnet, in line with the National Ports Act of 2005.”

Have you read?
Durban Port sets out to reclaim best-performing title in Africa

“This will mean the establishment of an independent National Ports Authority as a wholly-owned subsidiary of Transnet, with its own board appointed by the Minister of Public Enterprises,” the President said.

An essential part of addressing the challenges in the country’s ports is to create a clear separation between the roles of the infrastructure owner, which is the Transnet National Ports Authority, and the terminal operator, which is Transnet Port Terminals.

The functional and legal separation of these roles, which are currently operating divisions of the same company, will enable each to be fulfilled more independently and with greater efficiency.

“In particular, it will mean that revenues generated by the ports can be invested in port infrastructure, both for the replacement of old equipment and for the upgrading and expansion of our ports.”

“The creation of a separate subsidiary will allow the ports authority to make its own investment decisions and will ensure that it treats all terminal operators fairly and equally in the interests of port users.”

The President said Transnet will remain the sole shareholder of the subsidiary to prevent any negative impact on the group’s balance sheet, and to ensure the ports authority remains an important part of the Transnet group.

He said this was a significant development because this reform has been delayed for more than 15 years since the National Ports Act was promulgated.

“As part of our Economic Reconstruction and Recovery Plan, we are making progress in overcoming long-standing obstacles and bringing an end to delays in the implementation of reforms.

“Together with the restructuring of Eskom, this is part of our ongoing effort to reposition and transform our state-owned enterprises so that they can be profitable, sustainable and competitive and can play a developmental role in our economy.”

The President said this reform will have a direct impact on port users and export industries. They will benefit from increased efficiency, lower costs and new investment in port infrastructure.

“It will also have an impact on the lives of ordinary South Africans, who will benefit from lower prices of goods and more jobs throughout the export value chain.

“It may not be obvious to us, but almost every single product that we purchase is affected in one way or another by our ports.”

Have you read?
Gabon secures €305 million for new port development

Structural economic reforms are crucial to enabling a strong economic recovery, and to placing the economy on a faster and more sustainable growth trajectory, the President said.

The reforms are necessary to modernise and transform network industries to increase efficiency, reduce costs and make exports more competitive.

“Most importantly, these reforms are necessary to accelerate the creation of jobs.”

“It is for this reason that we have focused on reforms in electricity, water, digital communications and transport, as well as reforms to our visa regime.”

“Today, we are announcing another major step forward in our reform agenda, which will have a significant impact on our ports system.”

He said South Africa’s ports are vital to the country’s trade with the rest of the world and play a crucial role both South Africa’s own economy and that of the wider Southern African region.

“The Port of Cape Town is strategically located on one of the busiest international shipping routes and is our second-largest container port by volume. It is particularly important for the export of our fresh fruit and wine.”

“If the port functions efficiently, the economy of the Western Cape and indeed the entire country benefits.” 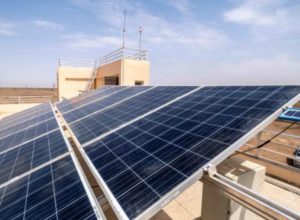