Would you vote to allow your pension fund leeway to deliver on a green economy and rebuild society in post-COVID-19 efforts?

Globally, the energy transition is already on the agenda for some pension funds. The shift is led by the need to tap into huge sums of investment commitment to deliver efforts to decarbonise energy systems, attain energy access for all and achieve resource-efficient economies.

Pension funds are a recognisable vault for this funding level, but is there a risk to pensioners?

Professor David Elmes, Head of the Global Energy Research Network at Warwick Business School, notes that, for instance, until about five years ago, profits at oil and gas companies varied but were generally high enough to pay significant dividends to shareholders – and “into the pension funds we all rely on”.

Have you read?
Trade union oppose plans to finance Eskom with pension fund

With companies such as Shell and BP launching new strategies to stay relevant, Elmes warns that the discussion among shareholders is whether they can earn enough profits to invest in the changes while keeping investors happy with dividends.

Is it a bet worth taking? In South Africa, stakeholders are being called on to comment.

The National Treasury has put forward draft amendments to South Africa’s Regulation 28 of the Pension Funds Act for public comment. The proposed changes pertain to the rules that govern pension funds to encourage investment in infrastructure projects and specifically renewable energy development.

This proposal follows the 2021 budget speech on 24 February. Finance Minister Tito Mboweni drew attention to South Africa being one of the hardest-hit by the continent’s coronavirus pandemic.

Mboweni emphasised that the government has committed to a R791.2 billion in infrastructure investment drive, which places public works in transport, energy and water at the heart of the economic recovery plans.

What does this have to do with Regulation 28? This rule sets the maximum percentage of a fund’s assets that can be invested in different asset classes and aims to shield savers from over-concentrated investments.

The proposed amendments do not introduce infrastructure as a new asset class alongside existing ones like equities, debt instruments and property but allow infrastructure investments to be recognised within those asset classes.

Changes to the rules also put forward that the overall investment in infrastructure across all asset categories may not exceed 45% of domestic exposure and an additional limit of 10% for the rest of Africa. A limit of 25% of the fund’s total assets is also put forward to aggregate exposure per issuer or entity.

Watch from our archives:
Morning coffee: Who said what about REIPPP and minigrids

Is there a need for concern? According to the National Treasury, these changes should make it easier for retirement funds to invest in infrastructure and better measure projects’ investment.

The changes are informed by several calls for increased infrastructure investment, given the current low economic growth climate. National Treasury also stressed that the decision to invest in any asset class remained up to each fund’s board of trustees.

Was this decision influenced by the 2021 IRENA Legislators Forum held in January? Possibly.

Martin Chungong, the Secretary-General of the Inter-Parliamentary Union, called for accountability during the meeting: “Through their [governments] legislative budgetary oversight and representation functions, Parliaments are in a unique position to ensure that responses to the pandemic scale up investments in renewable energy and facilitate a global energy transition.”

The public can comment on the amendments until 29 March 2021.

The risk is palpable but so too are the dividends if new infrastructure and technology pay off. Consider the growth in carbon capture and storage, more biofuels and replacing natural gas with hydrogen where retirement funds pay attention to due diligence in all investments, including infrastructure investment. 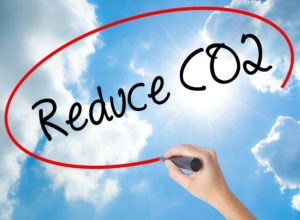 Ed’s Note: The notion of ‘carbon-free’ is outlandish, or is it?