At a time when the US and UK are turning their backs to free trade Africa’s new free trade agreement (AfCFTA) is gathering momentum writes Terje Osmundsen.

Earlier this year when the Africa Cup of Nations captured the attention of Africa’s football enthusiasts, the continent’s political leaders met in Niger to launch the historic entry into force of Africa’s new free trade agreement (AfCFTA).

Both events can be seen as signs of a continent characterised by increased ambition and optimism.

At a time when we are constantly exposed to news of political unrest, terrorism, extreme weather and corruption scandals, it is easy to forget that since the year 2000, Africa has had the second-highest economic growth of all the continents in the world.

Today, the countries of Eastern and Western Africa without large oil and natural resources see the most rapid economic development, with an annual growth of around 6%. Of the world’s 10 fastest-growing economies today, five are African; Ethiopia, Rwanda, Ghana, Kenya, and Ivory Coast.

Corruption and bad governance is still a major problem, but according to the acclaimed Mo Ibrahim 2018 index, as many as three of four Africans live in countries where governance has improved over the last 10 years.

China has signed bilateral agreements with more than 40 African states and has been a major driver of the free trade agreement. At the same time, China has multiplied economic relations with African countries to approximately $150-200 billion annually, during a period when investments from the Western nations have dropped sharply.

Direct investments from Norway has also declined since 2014, a negative trend that Empower will contribute towards to correct through a renewable impact investment fund with a special focus on Africa.

Africa’s leaders have realised that they are too dependent on interacting with industrialised countries. These countries trade little with each other and have very poorly developed infrastructure for transport and communication across national borders.

Negotiations on the Africa Free Trade Agreement have been going on for several years. The enter into force of the agreement was officially launched in July following the decision by Nigeria to join. The agreement covers as many as 54 of Africa’s 55 states – a market of 1.3 billion people, which in 30 years is expected to have grown to over 2.5 billion.

The Agreement calls for 90% of the tariffs to be eliminated within five years; 10 years for the least developed countries. Perhaps most importantly, but also more difficult: the Agreement commits the countries to start working to eliminate and reduce non-tariff trade barriers.

The agreement does not cover the free movement of people, but this is regulated by the Kigali protocol, signed by 30 states. The first phase of the protocol includes the removal of visa requirements for Africans traveling within the continent, with succeeding phases to focus on free movement of people and the right for Africans to live and work in other African countries.

The IMF describes AfCFTA as a potential “game-changer” for the African economies, which today only trades for about 18% of the national product among themselves. The comparable figure for Europe is 69% and the United States is 59%. According to estimates from the UN Economic Commission for Africa, implementation of the agreement could double the intra-African trade by 2030.

However, the free trade agreement cannot be implemented without massive investments in roads, ports, electricity, digitisation and other infrastructure, which is currently lagging behind.

An example is the energy sector, which is characterised by unreliable and poorly developed power supply; the estimated average of 22 hours without electricity per month means lost sales revenues of up to 10% or more for a large proportion of Africa’s businesses.

At the same time, demographics – 70% of the population are under 30 – and urbanisation are leading to rapidly growing needs in food production, logistics and digital services, among others.

At a time when the United States and the United Kingdom are turning their backs to free trade and the EU, respectively, it is encouraging that Africa’s ‘young’ nations are leading the way with confidence-based reduction of barriers.

I hope that the continent’s political leaders will stick to their visionary commitments when it comes to the nitty-gritty of actually implementing the deal.

About the author
Terje Osmundsen is a Norwegian business and thought leader, and Founder/CEO of Empower New Energy, a renewable impact investment fund. Terje is also a non-executive chairman of Caritas Norway. He acts as an advisory board member and brand ambassadors to the Future Energy East Africa and the Future Energy Nigeria conferences. 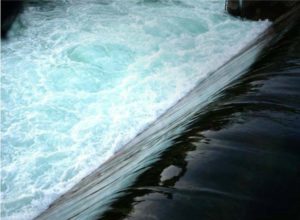