The African Development Bank (AfDB) has declared that the Off-Grid Energy Access Fund (OGEF) had its first close on 2 August 2018 with committed capital of $58 million from the AfDB, the Nordic Development Fund, the Global Environment Facility, Calvert Impact Capital and All On.

OGEF’s first close follows the official launch of FEI at the Africa Energy Market Place (AEMP) on 5-6 July 2018, where the initiative was presented to representatives of five African countries – Côte d’Ivoire, Ethiopia, Egypt, Nigeria and Zambia – as well as leaders from the private sector and the development partner communities.

According to the bank, OGEF has received significant technical and financial support from key its partners, namely the United Kingdom’s Department for International Development, the United States Government’s Power Africa initiative and the Shell Foundation.

“OGEF is the result of a strong partnership between our institutions and a perfect case study for making blended finance work for climate, green growth and the Sustainable Development Goals,” said Pasi Hellman, managing director at the Nordic Development Fund.

João Duarte Cunha, manager for energy initiatives and partnerships at AfDB, further underscored that “this broad partnership is a reaffirmation of the Bank’s catalytic role in financing renewable energy projects of all scales across Africa”.

“The energy access sector demonstrates the vibrancy and innovation in Africa for market solutions to fundamental challenges. LHGP is excited to be the manager of OGEF and engage local capital markets towards the goal of connecting millions of households to electricity”, said Clemens Calice, LHGP Partner. 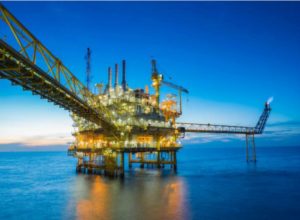 Op-Ed: Impact of COVID-19 on oil demand and LNG developments