The Nigerian Electricity Regulatory Commission (NERC) has been given an ultimatum to reinstate the suspended board of Ibadan Electricity Distribution Company (IBEDC).

Chairman of House Committee on Power, Dan Asuquo issued the ultimatum during the investigative public hearing on the ‘Need to save Ibadan DISCO Plc’.

Premium Times reported that Asuquo urged the regulatory agency to cease from any act that could send wrong signal to investors.

In late June, NERC suspended the board of directors and other key management staff of Ibadan Electricity Distribution Company (IBEDC) on account of the company’s default in the recovery of an inappropriate shareholder loan of N6 billion ($17 million) granted to Integrated Energy Distribution and Marketing (IEDM) by the utility.

IEDMG is the core investor in IEBDC following the privatisation of electricity distribution companies by the federal government. Read more: Nigeria urgently needs its Petroleum Industry Bills signed into law

According to NERC, the loan was granted by IBEDC from funds released to all discos by the Central Bank of Nigeria under the Nigeria Electricity Market Stabilisation Funds for the purpose of improving the networks and reducing aggregate technical, commercial and collection losses.

Media cited a document made available to the House, the facility was given to IEDC, parent company and holder of 60% equity of Ibadan disco, between May 2015 and May 2016.

The members of parliament said they observed that the IEDM’s request for the N6 billion inter-company loan was on the expectation of receiving the Yola refund within five days of approval since the claim had already been approved by President Muhammadu and same had been communicated to IEDM via a letter dated May 21, 2015 from the Bureau of Public Enterprises (BPE).

The BPE, holder of 40% of IBEDC equity on behalf of federal government, had written a letter to NERC requesting the commission to give the bureau two weeks to resolve the matter amicably. 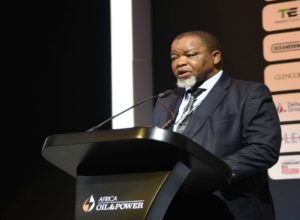