With recent gas discoveries made in east African countries, Nigeria is no longer the only ‘darling’ of oil and gas whom investors pursued as an investment destination on the continent.

This statement was made by a former director of the department of Petroleum Resources and lead consultant to the National Assembly on the Petroleum Industry Bills (PIBs), Osten Olorunsola.

Olorunsola was speaking at a recent roundtable organised by the Nigeria Natural Resource Charter in collaboration with Media Initiative on Transparency in Extractive Industries in Abuja, whereby he said if Nigeria passes the PIBs, the country may become the world’s third largest holder of gas reserves.

According to ThisDAY, he said only the PIBs passage and approval can make Nigeria become a competitively attractive country for gas-based investments amongst others.

“Nigeria needs to move more from 1,500 depths to deeper offshore where the acreages are open. Nigeria can easily become the third in the world in terms of gas reserves if we do the needed exploration work,” Olorunsola noted.

According to Olorunsola, until the PIBs becomes law, the west African country will not attract the right investments needed for such deep offshore exploration, which he said ran into billions of dollars.

While Nigeria sat on its oil sector reform law over the past 18 years, he noted that some east African countries have found about 20 trillion cubic feet of gas within just about the last 10 years. Read more: Nigeria’s power grid loses 3,109MW due to various constraints

“By 2025, the whole of Africa can have gas. The countries we used to sell to could soon start selling to us. We may be sitting on generations because we refused to take certain decisions at some point,” he said.

Olorunsola underlined that several other issues such as inadequate gas to power, bloated petrol subsidy, poor oil revenue management, erratic sector funding, ease of doing business, metering, and network infrastructure among others could be resolved with the PIBs passed and assented into law. 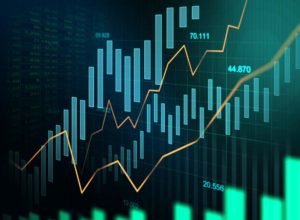