The electricity distribution companies (discos) have accused the federal government of giving false information regarding its claims of improvement in power generation capacity in the country.

The discos referred back to the claims of January 2015, which stated that power generation capacity was 6,421MW and as opposed to the actual 4,000MW.

Speaking on behalf of the discos, the executive director, research and advocacy of the Association of Nigerian Electricity Distributors (ANED), Sunday Oduntan, stated that government has not helped in the operations of the country’s electricity sector.

According to ThisDAY, Oduntan also described as false, the government’s repeated claim that an excess generation of 2,000MW was idle. Read more: GE partners with Nigeria’s power utility on a power intervention project

He said: “A review of NERC’s “Daily Energy Watch” for January 28, 2015 would indicate a generation availability of 6,421MW – divided into peak of 4,230MW and constrained energy of 2,191MW. In other words, it is misleading to state that available generation has grown from 4,000MW in 2015, as a measure of progress, given that a volume of generation slightly under 7,000MW already or previously existed, prior to the beginning of this administration.

“Furthermore, there is no stranded 2,000MW. While there is an available capacity of 7,000MW, the best that can be generated, at this time, is 5,000MW. This is because there is insufficient gas to power the thermal plants due to gas line limitations – for instance, the non-completion of the Oben pipeline, and the absence of a commercial framework that would encourage gas exploration.”

Setting the record straight, he said the power generation that is constrained by gas amounts to an average 1,500MW daily, adding that 25 out of 28 generation plants are fuelled by gas.

He further explained that transmission grid frequency, line limitation and water management made up the difference of the balance 500MW of constrained generation.

“In simple terms, the often-advertised and pronounced disco limitation to take on 2,000MW of additional generation is not consistent with the facts or reality. This, therefore, shows that very little has actually changed contrary to the minister’s constant pronouncements.”

In conclusion, Oduntan said: “It is with much regret that we feel compelled to respond to the significantly distorted picture that has been painted of the discos by the Minister of Power, Works and Housing (Mr. Babatunde Fashola), in his press briefing of Monday, July 9, 2018.” 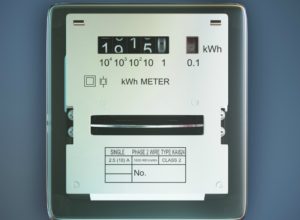 Metering must contribute to the global reduction of CO2 footprint –...