Anadarko Petroleum Corporation announced that it has received official approval from the government of Mozambique for the Golfinho/Atum field development plan.

The development plan outlines the integrated onshore project from the reservoir to the LNG market and is a culmination of the substantial progress made to date on the technical and commercial aspects of the Anadarko-operated Mozambique LNG development.

“We appreciate the support of the government of Mozambique and are very pleased to achieve this critical milestone providing a further indication of the tremendous progress we continue to make on the project, which will position Mozambique as a strategic global LNG supplier,” said Mitch Ingram, Anadarko Executive Vice President, International & Deepwater Operations and Project Management.

“The approval of the development plan continues advancement toward a final investment decision as it builds upon other recent achievements, including the announcement of our long-term SPA (Sale and Purchase Agreement) with EDF, commencement of resettlement, and our ongoing work to secure project financing,” Ingram added.

The LNG project will be Mozambique’s first onshore LNG development, initially consisting of two LNG trains with total nameplate capacity of 12.88 MTPA to support the development of the Golfinho/Atum fields located entirely within Offshore Area 1.

This foundational project paves the way for significant future expansion of up to 50 MTPA from Offshore Area 1, the company stated. Read more: Minister advocates for natural gas development

The Golfinho/Atum Project will also supply initial volumes of approximately 100 million cubic feet of natural gas per day (MMcf/d) (50 MMcf/d per train) for domestic use in Mozambique. 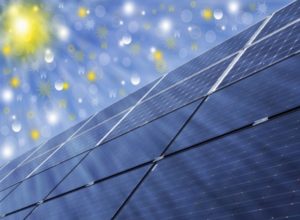 South African solar PV industry could get a new moment in...