On Monday, the Mozambican publicly owned electricity company, EDM, and the Swedish embassy launched a Project Preparation Programme, where Sweden will provide EDM with a $6.4 million grant.

Mozambique News Agency reported that the programme will run until 2021, and will include studies on efficiency, capacity building and environmental impact assessments in the energy sector.

Magala said this is a unique experience in funding the preparation of projects, and fills a gap in the company’s operations. Read more: Mozambique to sell power to Lesotho Electricity Company

Among the initiatives where studies can now advance, Magala listed the following:

Earlier this month, Scatec Solar together with KLP Norfund Investments and EDM closed debt financing for a 40MW solar plant located close to the city of Mocuba in the Zambézia Province.

The International Finance Corporation provided project debt of $19 million on its own account together with a concessional loan from the Climate Investment Fund of the same size and a syndicated loan of $17 million from the Emerging Africa Infrastructure Fund, managed by Investec Asset Management. 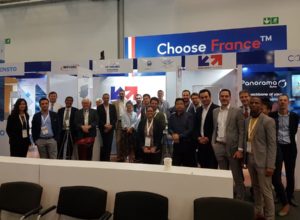 France and SA enjoy partnerships in energy and water sectors