Earlier this week South Africa’s public enterprises minister, Pravin Gordhan, stated that the government will soon have to discuss whether to unbundle Eskom in order to make it financially viable.

In response, South African miners have shown their support to restructure the struggling state-owned power utility, Reuters reported. The mining industry believes this will boost competition in the electricity supply industry, an industry body said on Wednesday, warning that tariff hikes alone would not solve Eskom’s problems.

Top government officials will discuss whether to split Eskom into generation, transmission and distribution units at a cabinet meeting this week as part of efforts to rescue the company from financial crisis.

The mining and smelting industry is one of Eskom’s top customers, accounting for around 30% of electricity demand in Africa’s most industrialised economy.

“Most countries we compete against have electricity supply industries where generation is competitive, there is a state transmission company and some competition in distribution,” Roger Baxter, chief executive of South Africa’s Minerals Council, an industry lobby group, said.

“We need Eskom to be made into a much more efficient, cost-effective organisation.”

The Minerals Council, which represents firms including Sibanye-Stillwater and Exxaro, says average annual power price increases of 15.5% between 2006 and 2017 reduced investment in the mining sector by a cumulative R103 billion ($8 billion).

It says Eskom’s request for a further 15% increase in electricity tariffs in each of the next three years – if granted by the country’s energy regulator Nersa – would cripple an industry already in decline, reported Reuters.

More than 80% of gold production would become marginal or loss-making, with around 75% of platinum group metals production marginal or unprofitable by the end of the three-year period, Baxter said.

Thousands of mining jobs could be lost, he added.

Eskom has argued that its tariff hike request to Nersa could help shore up its finances.

Deon Joubert, Eskom’s corporate specialist for finance, told consumers at a public hearing on the proposed hikes that the utility’s debt had increased as its tariffs had failed to keep pace with its spending on new power stations.

“Eskom is cognisant of the potential impact of the increase in various sectors, but it finds itself in a very difficult financial position,” Joubert said.

Minister Gordhan, who oversees Eskom, said on Tuesday that South Africa needed to act fast on Eskom because of the extent of its financial difficulties. 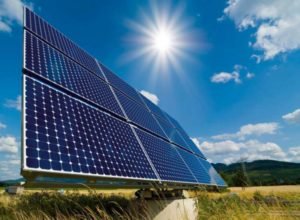