He stated that a new national electricity grid could be established with independent power producers. This is the first sign that Government is now considering partial decentralisation of electricity production, transmission and distribution – outside of state-owned utility Eskom.

Electricity can be produced, transmitted and distributed by IPP’s. These IPP’s are currently creating 61,000 jobs as a result of the finalisation of Round 4, the country’s renewable energy programme (REIPPP).

Mboweni also stated that electricity prices could be set free. Government is considering long-term reforms in electricity. “Reviews of administered prices in other sectors such as energy are underway,” Mboweni confirm.

However, it is unclear whether this would mean that electricity pricing will be determined on an open market.

These two bombshell announcements lead into one another as the market determines electricity tariffs in a competitive decentralise supply network. If such a move does go ahead, it will unlock significant investment in the South African energy sector and could mean lower electricity prices.

A sterling performance by Minister @Tito_Mboweni in his maiden speech. He clearly outlined what we need to do to rebuild those foundations that he articulated in the biblical sense. #MTBPS2018 pic.twitter.com/DWK3TVt1bj

According to Mboweni, restructuring of the electricity sector is under way. “This must include a long-term plan to restructure Eskom and deal with its debt obligations. A review of the current Electricity Pricing Policy will form a part of this process.”

He further stressed that in order to accomplish this, the building of partnerships are essential to finding solutions to the development challenges faced by South Africa and the region.

“State institutions are being repaired and renewed, but serious governance problems exist across the public sector. Our state-owned companies need to be reconfigured in a number of ways,” said Mboweni.

This article is edited by Nicolette Pombo-van Zyl from the originally story published on the Green Building Africa website and is republished with permission. 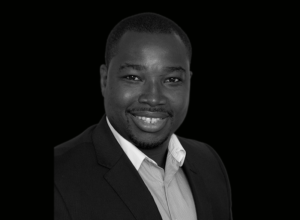