In the wake of Mauritius’ 50th anniversary of independence on 12 March, we reflect on what the country has to offer African energy investors in 2018.

Mauritius has enjoyed numerous accolades within the business community of late. In 2018 it was ranked 25 out of 190 countries in the World Bank Ease of Doing Business report, taking first place in sub-Saharan Africa. It also came out as top African country in the World Economic Forum’s 2017-18 Global Competitiveness Index.

The country’s location in the Indian Ocean has long positioned it as an attractive stepping stone for investments and trading with China and Asia – the country has been the largest source of Foreign Direct Investment (FDI) in India for many years – but many other factors have contributed to Mauritius’ growing reputation as a stable, reliable and competitive investment hub.

A sound legal and regulatory framework has played a part in increasing the ease of conducting business. Investment Protection & Promotion Agreements (IPPAs) and Double Taxation Treaties together with economic and social stability, robust communications and a skilled workforce have emboldened many overseas investors to take advantage of this offshore financial hub.

The financial services sector has developed over a number of years with several private equity funds and international banks, fund managers and multinationals settling there, as well as African investors and institutions. Nearly 40% of all Africa-focused private equity funds were domiciled in the country in 2014, and according to privately-owned investment group Credentia, 2016 saw 70.8% of FDI channelled into developing economies – particularly those in Africa.

According to the IEA Energy Access Outlook 2017, the country boasts an impressive 100% energy access for both urban and rural areas and has ambitious plans of increasing renewable sources to account for 35% by 2025. The Mauritius Renewable Energy Agency (MARENA) was set up in 2016 to oversee the development of renewable energy projects across the island. Other sources include geothermal and waste-to-energy. Joint ventures between local companies and international firms are viewed as desirable and contribute to the dynamic and competitive business environment.

These benefits led to Mauritius being chosen as the location for the 2018 Africa Energy Forum (AEF), which will celebrate its 20th anniversary, on 19 – 22 June 2018. The Forum brings together 2,000 decision-makers from governments, utilities, regulators, power developers, financial institutions, technology providers, consultants, law firms and large energy users. It aims to form partnerships, identify opportunities, and make decisions at the highest level about sector advancements.

Attracting Africa’s largest power infrastructure service provider, and official AEF Country Sponsor CONCO, to set up its head office on the island nation is another proud achievement for Mauritius. “Having our international head office operating out of Mauritius provides CONCO with an ideal platform to service all our international customers across the globe,” says Clive Pillay, CONCO’s Chief Commercial Officer. “The business-friendly policies and trade agreements the country shares with many other countries (including its African counterparts) makes Mauritius a logical choice,” explains Pillay.

The overarching theme of the forum, Reflections on the Last 20 Years, celebrates the achievements of the AEF community over the last two decades. Key participants who supported the first years of the conference will be invited back to reflect on how the sector has evolved, and discuss developments likely to shape the industry over the next 20 years. Representatives from the World Bank and University of California, Berkeley will document outcomes throughout the forum to assemble a reference document with action points for the next two decades. ESI

Visit www.africa-energy-forum.com to find out more. 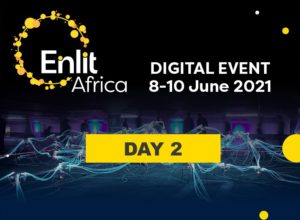