Eskom has announced the appointment of Mandla Maleka as the power utility’s interim group treasurer.

In a statement issued on yesterday [Sunday, 1 September] Eskom said Maleka joined the company in 1999 after serving as Director in the National Treasury’s budget office.

The appointment follows the end of the tenure of Andre Pillay on Friday, 30 August.

Pillay had been with Eskom since 2011 when he was appointed Senior Manager for Funding Execution in the Eskom Treasury department. He was subsequently promoted to General Manager (Group Treasurer) in September 2016.

According to a company statement, Maleka is currently the company’s Chief Economist and Head of Portfolio Management and Foreign Exchange (forex) trading. This department is largely responsible for the hedging of all Eskom’s derivatives and commodities. “He also provides critical economic input of the wider group,” read the statement.

Expressing his confidence in Maleka, Eskom’s chief financial officer, Calib Cassim, said: “We have appointed Mr Mandla Maleka as Interim Group Treasurer to ensure business continuity and are confident that he will successfully hold the fort until a permanent Group Treasurer is appointed.” 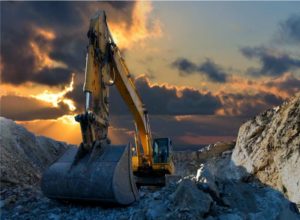 Private sector urged to close the infrastructure gap in Africa