The Minister of Energy, Natural Resources and Mining, Aggrey Massi, has officially switched on the Msosa Power Line to mark the official lighting of Gawanani Trading Centre in Traditional Authority Nkula in Machinga.

The power line forms part of the Malawi Rural Electrification Programme (Marep) Phase 8, which seeks to increase access to electricity in rural and peri-urban communities.

The programme is expected to boost businesses in rural areas and help cooperatives preserve their products.

Speaking to the Nyasa Times at the switching-on ceremony of the power line held at Gawanani Health Centre in Machinga District, the minister reiterated government’s commitment to end power black-outs in the country.

He said: “The switching on of this power line demonstrates government’s commitment to provide more Malawians with electricity including those living in rural areas.”

He noted that electricity is a catalyst for development, adding that through MAREP 8, government is electrifying 336 trading centres across the country.

Speaking during the occasion, Paramount Chief Kawinga commended government for the installation of the power line, saying electricity is likely to transform people’s lives in the area.

Kawinga said: “… this day marks the new beginning of life for people of Gawanani and surrounding areas. They will now be able to do their businesses even during odd hours.

“For sure, young people are likely to venture into small and medium business through this project. For this, we are very grateful to government for considering us.”

He also appealed with government to consider electrifying other rural areas in the district as the program advances. Read more: Toshiba to assist Malawi in developing geothermal power 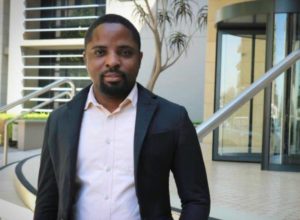