Other Scaling Solar tenders also underway are in Senegal and Ethiopia, with a second round underway in Zambia.

The World Bank highlighted that the island nation suffers from frequent power outages, and under one fifth of the population has access to electricity.

In the Bank’s Doing Business Report, Madagascar was ranked 187 out of 189 countries regarding the difficulty, delay, and cost of getting electricity.

The planned Scaling Solar project will provide a reliable alternative to expensive diesel generators, drawing on an abundant source of renewable energy.

To this end, Madagascar’s Ministry of Water, Energy and Hydrocarbons has released a list of six pre-qualified bidders for the country’s 25MW(AC) Scaling Solar tender, which is the first to include energy storage in its remit.

According to PV Tech, in January the World Bank contracted Italian advisory firm RINA to help structure a new version of the programme that would make energy storage an essential part of the tenders.

This scheme, yet to be formerly announced, will be called the Scaling Solar Storage  programme.

The pre-qualified developers for the project will receive a formal invite to access the project’s data room and to submit their final proposals for the project located near the capital of Antananarivo near the centre of the island. The winner will be selected based on the lowest proposed tariff.

The qualified bidders include the following: 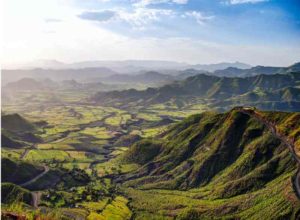