In a statement, LHDA noted that the construction will commence in September and is expected to be completed in just under two years.  The contract is valued at R284 million.

Hillary Construction, is a Level 1 BBBEE company, specialising in roads and earthworks.  Asphalt producer and supplier of bituminous products, Polokwane Surfacing, is 41% black-owned. The third JV partner is Lesotho-based Structuretone Construction which has undertaken construction works under different contracts in Lesotho.

“The expansion and upgrade of the roads network which is an integral part of the Lesotho Highlands Water Project advance infrastructure works is a prerequisite for advancing the main water transfer works. The Northern Access Road (NAR) and the Polihali Western Access Road (PWAR) form the major access corridor for construction equipment, materials and tunnel boring machine components for the Polihali Dam and Transfer Tunnel. In the long run the LHWP roads infrastructure will improve the country’s economic competitiveness,” Tente affirms.

The NAR, also known as the A8, provides access to the Katse Dam basin between Leribe and Katse Village. The section of the road to be rehabilitated starts at the Pitseng central business district and runs for approximately 98 km to Katse village. The NAR will link to the PWAR at Ha Seshote and will provide an alternative link to the Polihali Dam basin.

The 54.3 km PWAR between Ha Seshote and the Polihali Dam site joins the Polihali North Eastern Access Road (PNEAR) at the dam site.

The overall objective of this project is to repair and resurface the proposed section of the NAR, implement safety upgrades and drainage works. The works will include the replacement of road joints at the three river bridges, repair of cracked sections with asphalt, repairs to side drains, upgrade of Mafika Lisiu view site, other repair works and ancillary road safety improvements.

AECOM SA (Pty) Ltd, working with AECOM Lesotho and Lesotho-based RWB Consulting Engineers, designed the Polihali West Access Road and the Rehabilitation of Northern Access Road and will supervise the construction of both roads.

The LHWP Phase II roads construction joint ventures combine civil engineering, construction and surfacing expert firms from Lesotho and South Africa. This is an indication that the project is steadily progressing in achieving the objectives of the Phase II Agreement of the Lesotho Highlands Water Project which encourage local participation that drives socio-economic changes in the region.  LHDA uses preferential procurement which maximizes opportunities for nations of the two implementing countries.

Phase II of the Lesotho Highlands Water Project builds on the successful completion of Phase I in 2003. It delivers water to the Gauteng region of South Africa and utilises the water delivery system to generate hydro-electricity for Lesotho. Phase II will increase the current water supply rate of 780 million cubic metres per annum incrementally to more than 1 270 million cubic metres per annum.

At the same time, it will increase the quantity of electricity generated in Lesotho and is a further step in the process of securing an independent electricity source for Lesotho. The hydropower further feasibility studies have confirmed that conventional hydropower is the preferred option for Phase II. 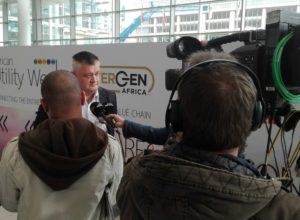