Speaking at the G7 Leaders’ Summit session on Climate and Nature, South Africa’s President, Cyril Ramaphosa, said the existential threat posed by climate change requires nothing less than urgent, ambitious and collective action by the nations of the world.

On Sunday (13 June) he also emphasised that access to affordable, reliable and sustainable energy is fundamental to reducing poverty and promoting inclusive economic growth.

“Our ambition must not be limited to mitigation, but must necessarily include adaptation and implementation support. This balance is vitally important for Africa, which is disproportionately affected by the impact of climate change and yet is the lowest emitter,” President Ramaphosa said.

The President reaffirmed South Africa’s continued and full support for the United Nations Framework Convention on Climate Change (UNFCCC), the Paris Agreement and multilateral environmental agreements, including the UN Convention on Biological Diversity.

He said South Africa is also determined to contribute its fair share towards the global effort to address climate change challenges.

“We have recently established the Presidential Climate Change Commission to guide the just transition to a lower-carbon economy and to position the country as an attractive destination for climate and nature finance,” President Ramaphosa said.

He emphasised that South Africa’s bold actions as a developing economy need to be seen in the context of international equity and common, but differentiated responsibilities and respective capabilities.

“Alongside many other developing economies, African countries urgently need massively scaled-up, predictable and appropriate means of implementation support, so that they enhance their ambition and actions.

“It is important that the right of developing economies to policy space and sufficient time to achieve a just transition be respected,” the President said.

President Ramaphosa warned against advocating one-size-fits-all approaches to disinvestment from fossil fuels, or the imposition of non-tariff barriers and discriminatory taxes that would unfairly harm developing economies.

“As we prepare for the UN Climate Change Conference of the Parties (COP26) and commit to scale up our climate action ambitions, we look to the G7 to demonstrate a clear commitment to significantly enhanced adaptation, technology transfer and means of implementation. In doing so, it will send a clear signal that no one will be left behind,” President Ramaphosa said.

Addressing the session on open societies and economies earlier on Sunday, the President welcomed the summit’s focus on the digital economy and the impact of the 4th Industrial Revolution on developing economies.

“It is clear that without capacity building, the digital divide between and within nations will result in bigger economic disparities.”

The President welcomed the G7’s resolve to make skills accessible and expand training and education, particularly for girls and women.

“Women’s empowerment is central in poverty eradication and promoting inclusive economic growth in Africa. That is why the African Union has prioritised investment in the education of girls and young women, improving access to finance and markets, and promoting women entrepreneurship.

“We will never realise our ambition of open societies and economies for as long as women do not have equal social and economic opportunities.”

“This pandemic has demonstrated the value of a free and diverse media, an active citizenry and robust democratic institutions. It has also underlined the importance of a global human rights agenda that tackles social and economic injustice, systemic racism and gender inequality,” President Ramaphosa said. 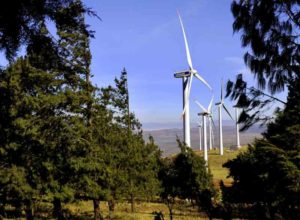