After experiencing delays in constructing a transmission line for the 310MW Lake Turkana Wind Power project, the wind farm is finally expected to connect to the national grid by September.

The Kenyan Energy Regulatory Commission Director-General Pavel Oimeke, said the project was delayed due to challenges that faced Spanish companies, forcing the government to resort to another contractor.

“Most Spanish companies had difficulties. They went under and could not manage to source materials to complete the project. As a country, we are safe and on course. We believe by September, we will have power from wind,” Oimeke said.

The Daily Nation cited the Energy Ministry stating that the power line linking the wind power plant to the national grid is 70% complete, with the remaining work being put up by high voltage cables.

The energy regulator has assured consumers that they will not pay additional Sh1 billion ($10 million) on monthly electricity bills should the country fail to connect Lake Turkana wind power to the national grid.

“Currently, we are not paying any money to the project owners… there was money that was supposed to be paid to them, but we have agreed that part of the money was to be loaded for a period of six years,” said Oimeke.

“That the country was to pay the Sh1 billion per month is not true. This money has no interest and it’s spread for a period of six years . . . we think it was a good arrangement since there was a give and take between Kenyan government and project owners,” he added.

He said should the Chinese contractor fail to complete the project by the stipulated time, it will be compelled to pay for any delays.

“We expect the contractor to complete this project by the end of August. Once completed, the project will ensure that we have clean and affordable power,” Oimeke stated. 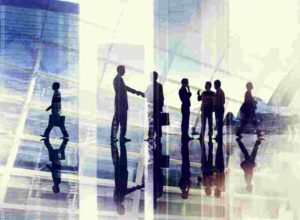