The Japan International Cooperation Agency (JICA) signed a loan agreement with the government of Kenya in Nairobi to provide a Japanese ODA loan of up to JPY 10.077 billion ($94 million) for the Olkaria I Units 1, 2 and 3 Geothermal Power Plant Rehabilitation Project.

JICA said in a statement that the project will rehabilitate units 1–3 (15MW each) of the existing Olkaria I Geothermal Power Plant to approximately 51MW (17MW each) in the Olkaria geothermal field in Nakuru County in central Kenya.

According to the Business Daily, Treasury Secretary Henry Rotich signed the financing agreement on behalf of the government.

Rotich noted: “Considering that the project life of the original design is 25 years, the plant is already overworked,” adding that the plant’s maintenance costs had grown even as electricity production dropped.

Due to firm economic growth and the electrification of areas without electricity, the power demand is expected to increase dramatically in the east African country.

“The completion of the project will therefore enhance volume and security of electric power supply in Kenya and thereby create a conducive environment for investment,” Rotich stated.

It is believed that Kenya has the potential for large-scale geothermal power generation, and government has prioritised geothermal resource development as a stable method for producing power that is not affected by the weather and that has a low environmental burden.

Since units 1–3 of the Olkaria I Geothermal Power Plant were constructed by a Japanese company in the 1980s, the units have suffered from a lower operation rate and increased maintenance and management costs after more than 30 years of operation, JICA noted.

By maintaining and reinforcing the supply capacity of the existing power generation facilities, the project aims to contribute to a stabilisation of the power supply even as the power demand rises.

Through the use of geothermal power production, it is expected that the emission of air pollutants and carbon dioxide will be curbed greatly compared to the operation of thermal power plants of the same capacity. 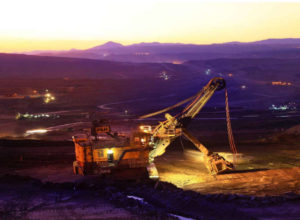