The Cabinet Secretary lauded KenGen’s positive financial performance adding that government is proud to be associated with the company. The government owns a 70% stake at KenGen while 30% is owned by private shareholders.

During the event, Mwathethe said: “We are indeed privileged and honoured to pay the government Ksh 1,153,856,022 in dividend at a time when businesses are facing enormous challenges occasioned by the COVID-19 pandemic.”

He expressed gratitude to the government for consistent support over the years, saying it had contributed to KenGen’s growth and positive performance.

For the year ended June 2020, KenGen announced a Ksh 13.9 billion ($128 million) profit before tax, translating into 8.3% growth in profit from the previous financial year.

For the year ended June 2020, KenGen announced a Ksh 13.9 billion profit before tax, translating into 8.3% growth in profit from the previous financial year. #KenGenFY2020 pic.twitter.com/daCuMBN6Kp

The board has recommended a first and final dividend for the year of Ksh 0.30 per ordinary share of Ksh 2.50, which will be paid to shareholders once ratified in the next annual general meeting (AGM), Mwathethe said.

Speaking at the event, Miano said KenGen’s diversification strategy was bearing fruit as the organisation had been able to incorporate new business lines in its revenue streams including consultancy services.

The company is currently offering geothermal drilling services and undertaking geoscientific studies in Kenya and Ethiopia.

She also expressed optimism in the company’s ability to navigate the COVID-19 pandemic which led to widespread socio-economic challenges. 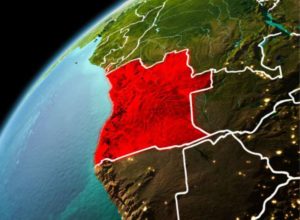