It is estimated that in 2018 there will be over 31 billion connected ‘edge’ devices globally, making this year the one where the Internet of Things (IoT) truly begins to dominate, according to M2M connectivity provider Eseye.

The proliferation of connected devices and the evolution of ‘dumb’ devices to smart devices has seen IoT becoming vertically focused, coining on several focused terms.

Eseye’s SADC regional head Jeremy Potgieter, notes that the growth is indicative of the ever-changing landscape and transformation of the way industries are doing business.

He says: “Industry has identified that there are efficiencies to be gained from gathering and utilising data that devices and services are sharing as part of their normal way of work. This also extends to devices, which were intended for personal communication.”

Mobile networks are reaping the benefits of this evolution according to Potgieter.

He says that it’s primarily as a result of an intense focus by mobile network operators (MNOs) to increase data speeds and analytic components: “The opportunity opens up new avenues for creativity to flourish and for MNOs to further benefit by becoming integral to the ecosystem of devices sharing and delivering the information.”

Further impacting the industry is the fact that more devices are crossing the line between personal and business, while users and companies alike have realised the benefits of this flexibility.

Both, as a result, are capitalising on the capabilities it affords them and people are doing more by doing the same, but with an aspect of a connected device in the equation.

Potgieter states that the spinoff is greater amounts of data and statistics: “This feeds analytics at an organisational level, and in so doing, creates new, versatile and informed environments with a caveat to innovative product and service creation.” 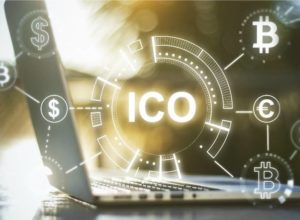 Assessing the economic and environmental impact of web mining