In South Africa, iGAS in partnership with Companhia Mocambiçana de Gasoduto (CMG) declared that they have exercised their pre-emptive rights to acquire a 30% equity stake in the Republic of Mozambique Pipeline Company (ROMPCO) pipeline valued at R4,145 billion (approximately $293 million).

This decision is the culmination of a public statement issued by Sasol on14 May 2021 that it had concluded a sale and purchase agreement (SPA), to sell a 30% equity interest in the ROMPCO, subject to pre-emptive rights held by iGas and CMG as other shareholders.

The successful conclusion of the SPA will position iGAS and CMG as majority shareholders, as their equity shares will increase from 25% each to 40%, respectively, with Sasol holding a 20% minority shareholding. The transaction will be fully funded from past and future dividends generated by ROMPCO itself.

Commenting on the decision to exercise iGAS pre-emptive right, the CEF Group CEO, Dr Ishmael Poolo said: “There was a concerted effort to fast track the acquisition of these shares, which is a hallmark of the group’s investment strategy in the energy value chain geared to reignite the South African economy and create much-needed jobs. It also furthers the mandate held by iGAS for the development of gas and gas infrastructure in Southern Africa.”

He added: “The acquisition of these shares also heralds a new era in fostering partnerships as well as laying a solid foundation to address the challenges that lie ahead in the security of South Africa’s energy future.”

The Chairman and Chief Executive Officer of ENH, Estevão Pale, said that besides the foreseen economic impact, CMG and IGas joint decision to exercise the pre-emptive right represents a new chapter for ROMPCO, “as it is an enabler for a much wider scope of cooperation between ENH and CEF.”

Pale further clarified that having both governments as majority shareholders of the cross-border pipeline is strategic, since the pipeline is the single source of gas to the South African market, and gas is the immediate alternative supplier of cleaner energy.

The chairperson of the Central Energy Fund, Ayanda Noah added: “The IRP 2019 identifies closer co-operation between governments in the region as a critical step in unlocking the flexibility that gas introduces into South Africa’s energy mix. A greater participation in this asset will be an important step in realising that co-operation objective, as well as bolstering the region’s transition to a low carbon economy.” 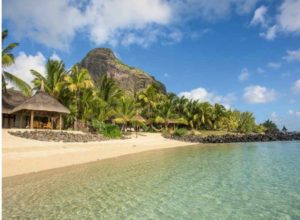