The Department of Forestry, Fisheries and the Environment (DFFE) has refused Karpowership SA’s application for environmental authorisation to develop gas to power via powerships at three ports in South Africa.

A press statement released today (24 June) by the DFFE, said: “the Competent Authority in the Department has decided, after due consideration of all relevant information presented as part of the environmental impact assessment process for all three applicants in question, to refuse the applications for the environmental authorisations.”

Successful applications were announced in May 2021. They had proposed to locate three powership projects at the Ports of Richards Bay, Ngqura and Saldanha. The ships would generate electricity from natural gas to be evacuated through transmission lines to substations linked to the grid. The powerships would be assembled off-site and delivered fully equipped and functional to the different ports.

There has not yet been an indication from the DMRE on how this application refusal affects the RMIPPP since the Karpowership SA application makes up 1,220MW of the 2,000MW emergency procurement programme.

Have you read?
Hang in there South Africa, emergency power on the way

The Competent Authority in the Department adjudicated the applications in terms of the National Environmental Management Act and specific sections of the Environmental Impact Assessment (EIA) Regulation. The final reports were submitted to the Department for decision-making on 26 April 2021.

The Department had received written notice on 31 May 2021 from non-profit organisation The Green Connection, which alleged suspected non-compliance with Regulation 13 of the EIA regulation in the Saldanha application, by the appointed Environmental Assessment Practitioner. At that time the Competent Authority suspended the application with a view to investigating the veracity of the allegations.

“There were similar allegations, requesting for the suspension of the other two applications that were received by the Competent Authority, from the Centre for Environmental Rights. The Competent Authority has decided that whilst there is merit to investigate these allegations, it has adequate information at its disposal to make an informed decision and therefore decided against suspending these applications,” reads the press release.

Karpowership SA had initially submitted a request for an exemption during the COVIC-19 pandemic in 2020 in which the company had indicated the country’s electricity supply was under threat because of the increased pressure on the healthcare system as a result of the pandemic. They made the request to ensure an uninterrupted supply of energy to the healthcare sector, something Eskom was unable to guarantee.

Read more here to track the original request for Karpowership SA applying for environmental exemption because of the COVID-19 pandemic. 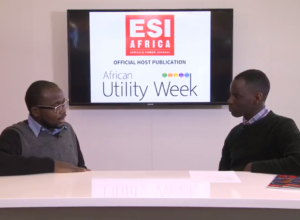