Celebrating a decade in operation, the Ghana Grid Company Limited (GRIDCO)’s former CEO William Amuna congratulated the company and commended it for being the best transmission utility in West Africa for three consecutive years.

Also speaking at the event in Tema, the current CEO of GRIDCO, Jonathan Amoako-Baah noted that upon establishment, the company inherited weak transmission infrastructure and core staff – but became an employer of choice, and brought efficiency in power delivery and sustenance in power supply despite the growing demand for electricity.

“All these efforts have been possible because of the solid foundation laid down by my illustrious predecessors: namely Engineers Joseph Wiafe, Charles Darko, and William Amuna, together with the hardworking members of our board of governors who provided the strategic leadership and direction, and the hard working staff who have brought us this far.”

Amuna also announced that by February 2019 private sector participation (PSP) will take over the operation of the Electricity Company of Ghana.

According GhanaWeb, he explained that the takeover forms part of government’s intervention to ensure there is liquidity in the power sector.

Amuna stated that the takeover will ensure efficiency in revenue collection, power delivery, as well as more efficiency in the management of the general distribution network. Read more: President sacks Energy Minister with immediate effect

“We are hopeful that if this thing goes through we will make the power sector a better place,” he said.

He continued: “As we speak now, we are at the final stage of meeting all the conditions precedent to the PSP coming into force in February; and a committee has been set up to ensure that 45 conditions outstanding are met by January 2019 for a smooth take-off.” 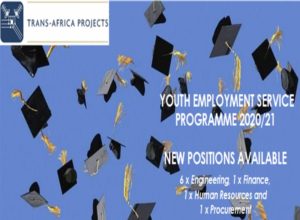