The system, which was implemented in partnership with Ethiopia’s Ministry of Water, Irrigation and Electricity, the Oromia Region Energy bureau as well as Ethiopian Electric Utility (EEU) will provide power to 1,500 inhabitants of the village.

According to Dr. Sileshi Bekele, Ethiopia’s Minister of Water, Irrigation and Electricity, “Electricity access is an essential pillar of economic and social development. Localised solutions such as the hybrid distributed power unit provided by GE will be part of the solution to electrify Ethiopia going forward.”

The company further stated that its Predix platform, designed for digital Industrial Internet of Things, maximises the use of clean solar power and batteries for the unit while a variable speed diesel generator provides essential backup when battery power is insufficient.

The entire system is containerised inside a standard shipping container that can be efficiently and speedily installed.

“Electrification of Digo is a continuation of the impactful contribution that GE Is making in Ethiopia, while playing a central role in the implementation of Growth and Transformation Plan priority projects,” concluded Daniel Hailu, chief executive officer of GE in Ethiopia. 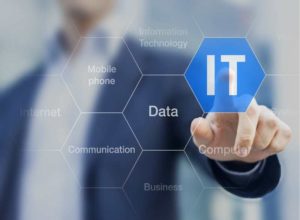