Nuru, which recently commissioned a 1.3MW mini-grid in Goma, DRC, aims to provide electricity to 5 million people by 2024 through solar hybrid mini-grids.

The CEO of Nuru, Jonathan Shaw, said: “Nuru is thrilled to be partnering with Gaia Impact Fund to bring millions of people renewable energy in the Democratic Republic of Congo.”

The DRC represents more than half of the population of Central Africa and has also one of the lowest electrification rates, at just 15%.

While mini-grids have an increasing role to play as the least-cost solution in the future electricity mix in countries such as DRC, they have been a largely underfunded segment of energy access markets.

Against this backdrop, Gaia Impact Fund announced its first investment in the mini-grid sector.

Hélène Demaegdt, President of Gaia Impact Fund, commented: “We are very proud to commit alongside Nuru, which has a first-to-market position in DRC and is in the process of deploying one the largest offgrid solar-based minigrid pipelines in Africa. All the connections created by Nuru’s projects are essential to address the needs of under-served urban areas and to displace diesel generation.”

By offering a stable and reliable electricity supply, at a cheaper price than existing (and non-renewable) sources of energy, Nuru aims to directly serve commercial and industrial off-takers as well as to sell power to households, SMEs and institutions.

“We look forward to supporting Nuru to realise its scale-up ambitions and to deliver on its mission in the country, alongside the impressive pool of investors and partners already committed around Nuru.”

Gaia’s investment comes along with Energy Access Ventures (EAV), a leading investor in smart infrastructure in Africa and an active shareholder in the company.

Nuru is also supported by ElectriFI, a flexible financial facility funded by the European Union.

Shaw adds: “Throughout the investment process, the team at Gaia Impact Fund demonstrated the agility, creativity, and commitment Nuru needs from its shareholders to navigate the unique challenges and opportunities that the DRC offers. We are excited to begin this journey with Gaia Impact Fund.” 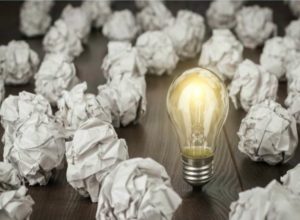