“Floating solar technology has huge advantages for countries where land is at a premium or where electricity grids are weak,” said Riccardo Puliti, senior director for energy and extractives at the World Bank.

The use of floating solar – deployment of photovoltaic (PV) panels on the surface of bodies of water – has grown more than a hundred-fold in less than four years, from a worldwide installed capacity of 10MW at the end of 2014 to 1.1GW by September 2018, according to the first market report on floating solar, produced by the World Bank Group and the Solar Energy Research Institute of Singapore.

The report titled Where Sun Meets Water, estimates the global potential of floating solar, even under conservative assumptions, to be 400MW – roughly the total capacity of all solar PV installations worldwide at the end of 2017.

At some large hydropower plants, covering just 3-4% of the reservoir with floating solar could double the capacity of the plant, potentially allowing water resources to be more strategically managed by utilising the solar output during the day.

In a number of countries, floating solar also allows power generation to be placed more closely to urban areas or other demand centers.

In water reservoirs, floating solar panels can reduce evaporation, improve water quality, and serve as an energy source for pumping and irrigation.

Asia is the epicenter for this new technology’s expansion, with large floating solar plants at either the tens or hundreds of megawatt scale being installed or planned in China, India and Southeast Asia.

“We fully expect demand to grow for this technology and for floating solar to become a larger part of countries’ plans for expanding renewable energy,” said Puliti.

“It will be important to ensure that best practices are shared among countries and development minimises any environmental impacts,” he added. 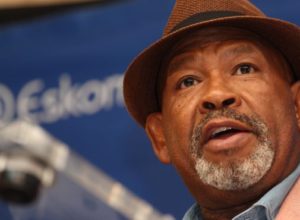