The generation capacity of majority African electricity supply industries has seen strong growth since 2010, according to the first African Energy Data Book.

Data indicates that installed capacity has increased by more than 63% to 236GW since 2010. 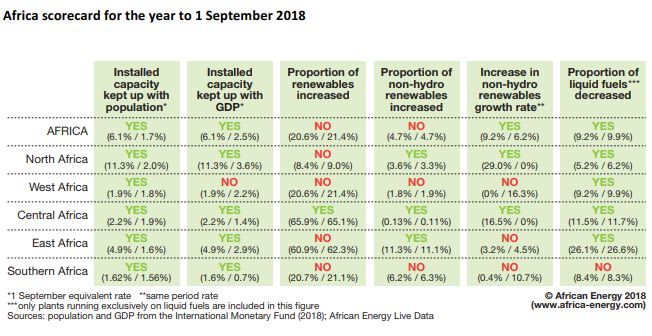 Supported by Power Africa, the African Energy Data Book has been designed to support industry professionals with 128 pages of comprehensive statistics on the energy mix in each of the continent’s countries and regions.

“We at African Energy have spent a huge amount of time, effort and resources in gathering and checking the underlying data and assembling it in the most useful format for industry participants. We know they will be as excited as we are to explore the results, and the extra clarity they bring to often opaque markets,” said African Energy Live Data director, John Hamilton.