Could there be a link between internal auditors’ ability to balance the books and the lack of revenue management systems for some struggling municipalities?

A number of municipalities are currently indebted to South Africa’s power utility, Eskom, and as such are unable to distribute electricity to consumers.

On Monday, ESI Africa attended the opening of the 2018 forum of the Chartered Institute of Government Finance, Auditing and Risk Officers (CIGFARO) to understand whether there is a link and how it could be solved.

The theme for this year’s seminar is repositioning and maximising assurance role.

Jane Masite, the CIGFARO Past President and Internal Audit Forum Chair, explained that the institute decided on this theme because “we believe we need to make internal auditing and risk management advanced and their roles should be considered in terms of ICT risks on the social media. Also, we want to look at all risks that are emerging in the space of governance”.

Among the alarming risks that this profession if faced with, Masite tabled the following as the latest emerging risks to be aware of amongst others:

According to Masite, for municipalities to continue delivering on their mandate while realising profits, there needs to be improvement in the delivery systems. Read more: Eskom to proceed with interruption of bulk supply

The CIGFARO past president added: “By rated system I mean we need to give services to indigent people to a specific level, but with a lack of metered systems in place we end up going beyond the budget, and that ends up supressing the little resources at hand.”

She went on to suggest that there is a need to enhance the system of revenue management “whereby we if have electricity meters that are adequate, it will enable us to see who is paying and who is tampering the system.

“This way we will be able to see where we have leaks in terms of revenue,” Masite added.

She also supports enquires that call for state-owned enterprises to be audited and investigated if their operations are questionable.

“I think they are necessary immediately when there are red flags and there is a misconduct reported because in the state-owned companies we need to have systems where the public will be able to come and report on whistle blowing hot-lines or in other mechanisms.”

In conclusion, Masite echoed that “the law says if an internal auditor or the public is aware that people are irregularly using money for things that were not intended for they must report that.”

The CIGFARO forum is taking place at the Cape Town International Conversion Centre until Wednesday, 28 March 2018. 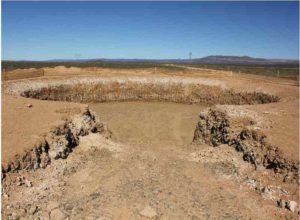