President Mulatu Teshome recently unveiled the Reppie waste-to-power plant describing it as a practical demonstration of the government’s strategy aimed at reducing pollution while exploiting the potential of the country’s renewable energy.

Teshome said: “It is a significant project of garbage disposal, recycling and environmental protection.’’

Development, design and construction of the project were conducted by a consortium comprised of Cambridge Industries Ltd and its partner China National Electric Engineering Company, and under the auspices of the state power generator, Ethiopian Electric Power.

Speaking to the media, Engineer Samuel Zemichael, a representative of Cambridge Industries, said the facility will process 1,400 tonnes of the city’s waste per day.

“It will also generate 185 gigawatt hours of electricity annually, which is connected to the national grid. This plant is Africa’s first major waste-to-energy plant and could serve as a benchmark for the region and the continent waste management, which requires revolutionary methods,’’ Zemichael added.

Power generated will also supply the capital city with 30% household electricity needs whilst conforming to global standards on air emissions.

The waste-to-energy plant located on the site of Koshe, is Ethiopia’s largest rubbish dump.

Samuel Alemayehu, managing director for Africa, Cambridge Industries, told CNN that they hope to develop similar waste-to-energy plants in major cities in Africa such as Lagos, Nairobi and Kampala.

“Having created a facility uniquely for Africa, our goal is to duplicate it in five locations. We’re targeting cities that are in need of building a new landfill,” Alemayehu said.

“Our goal is to build this facility and also create a renewable energy source that competes with fossil-fuel based power plants,” he stated. 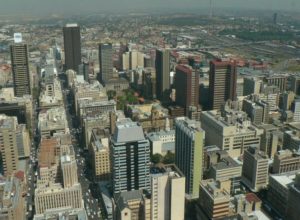