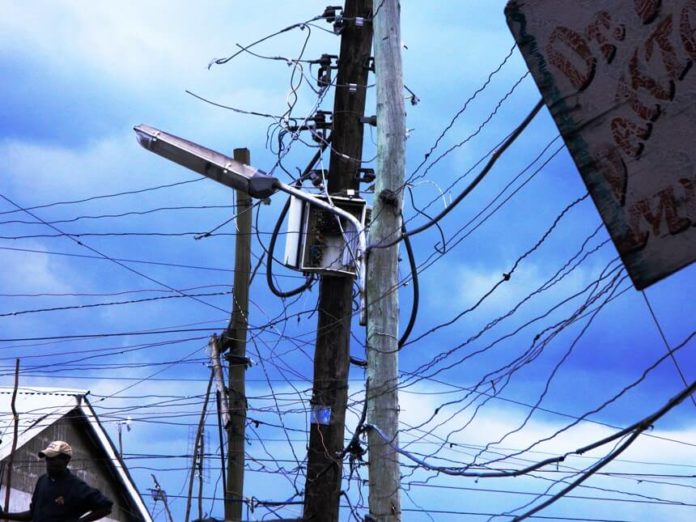 In an effort to reduce electricity-related injuries, fatalities, and economic crisis, while ensuring continuous supply of electricity, Eskom warns the public against infrastructure and electricity theft that includes illegal electricity connections.

“Our major concern in the case of illegal connections is that danger is posed not only to the people who engage in illegal connections, but also to the rest of their community, particularly children and animals that form part of the environment,” said Eskom’s Divisional Executive for Security, Tebogo Rakau.

Rakau added: “Illegal connections are also the leading cause of unplanned power outages. The network overloads and trips because it is carrying more users than what it was designed for. Furthermore‚ customers who are not paying for electricity tend to be wasteful in the way they use it.”

He continued: “Eskom installs circuit breakers that switch off when the load reaches dangerous levels‚ which prevents the transformers from exploding. But sometimes residents bypass these safety features and the transformers eventually explode. Not only is this dangerous‚ but these transformers can take hours or even days to repair. Unfortunately, this affects and inconveniences legal and paying customers as well.

“It is, therefore, to everyone’s benefit that we stand together as Eskom, businesses, government and the community at large to fight and win the battle against infrastructure and electricity theft. One person losing their life or getting injured because of the unsafe and illegal use of electricity is simply one too many, especially because these are avoidable incidents.”

Curbing illegal electricity connections, infrastructure theft and vandalism will ensure the safety of communities while also improving the performance of the electricity network, ensuring uninterrupted electricity supply for the benefit of individuals, businesses and the country at large.

These programmes are aimed at educating the public about the consequences associated with various forms of infrastructure and electricity theft, including illegal connections, which often lead to electrocutions and fires, economic down-turn, power outages, job losses and a higher cost of living.

Eskom encourages all community members to report any unsafe and illegal power conditions or connections they come across by calling 08600 ESKOM (37566).

The identity of those who report theft incidents remains completely protected at all times.