Today the South African power utility Eskom is due to release its 2017/18 financial results.

For weeks on end, the financially embattled parastatal has been locked in wage negotiations with three trade unions and finally tabled offers for the unions to consider last week Tuesday.

However, with regards to bonuses, the utility has stated it can’t afford to pay bonuses to its employees this year. Read more: When will the Eskom wage negotiations reach an end?

Commenting on the much anticipated financial results, an energy expert Ted Blom, noted that Eskom has, over the past ten years, perfected the “highly lucrative art of ‘crying wolf’ – a tariff raising strategy which has enabled the state owned entity to fleece the South African economy of some R1.3 trillion”.

“For Eskom, this has been highly rewarding gameplay, but finally the public and Nersa have woken to this trick,” Blom noted.

“President Ramaphosa has asked for ideas on how to relieve the financial burden on the public. A good start would be to clean up Eskom as doing so would allow energy prices to return to below 40c kWh – a 50% reduction which will spearhead the SA economy and job growth, as it did between 1960 and 1990,” states Blom.

Adding that, “a reduction in the price of energy from an efficient Eskom will bring extensive financial relief to both the state and SA citizens”.

The energy specialist lists the following as some of the skeletons that still remain in Eskom’s cupboard and which may surface in Monday’s results:

1 –  the approximately R30bn in derivative losses emanating from the Gupta capture of Eskom treasury;
2 – the approximately R50bn in Contractors claims on capital build;
3 – the approximately R500bn in asset overvaluation directly attributable to the high tariff regime currently prevailing;
4 – the overvalued coal stocks and continuing corruption in coal procurement of around R8bn pa;
5 – the overstaffing and capitalised salaries relating to the 30, 000 overstaffed employees (although Blom expects several thousand of these to be “ghost workers”)
6 – continuation of the questionable Eskom phantom bonus scheme which milks millions of rands annually in favour of already over remunerated senior employees)
7 – further breakdowns in plant availability due to poor maintenance and poor quality coal (including Kusile);
8 – inflated coal costs resulting from road transport costs from Medupi;
9 – increasing burden on Eskom as a direct consequence of corruption;
10 – questionable contracts on renewables which force the utility to pay for electricity at a higher rate than Eskom’s costs and which decimate Eskom’s sales (and ability to service debt). 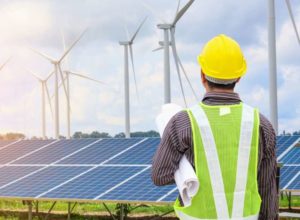