South Africa’s state-owned power utility Eskom is weighting up its options to reduce its staff complement by 4.2% to 31,675 employees for 2018/19.

However, according Khulu Phasiwe, the company’s spokesperson, the option of Eskom retrenchments are not on the table.

“That is not on the cards at all,” Phasiwe stated, explaining that Eskom’s priority was to improve its operational performance and reduce primary energy costs.

He was responding to reports that Eskom chairperson Jabu Mabuza said the utility would appoint a permanent chief executive by the end of next month to begin the process of reforming the ailing utility, which might include reducing job numbers.

Subsequently, the National Union of Mineworkers’ Energy Sector Co-ordinator Paris Mashego responded that the union expected to be fully consulted before any decisions were taken about any retrenchments.

“Eskom’s problem is poor leadership and financial mismanagement. They must fix that first before rushing to cut jobs,” said Mashego.

#eskom is in a bind. It needs hundreds of Billions of Rands in capital expenditure, but because of the nature of their business, they need workers. It’s not a service company. So, remains to be see if they’ll retrench, if they do, it’ll be for short-term gains but long-term pain. https://t.co/4PQE8EwZy9

Eskom retrenchments not an option

“The reduction in the employee headcount is not due to restructuring by Eskom, but through natural attrition and employees leaving for various reasons, such as voluntary retirement,” explained Nersa.

“This means that Eskom is producing less GWh with more employees and higher employee costs. The excess employees based on this analysis amount to 6,232,” Nersa said. It said the cost of excess employees amounted to approximately R3.8 billion.

On the other hand, OUTA believes that Eskom’s high costs of operation over the past decade are due largely to its “capture and political meddling by people connected to the Guptas and the previous state president”.

However, the non-profit organisation is more concerned about Nersa’s lack of action “as the regulator in challenging the gross developments of rising primary energy costs, runaway capital expenditure projects, staff headcount and other operational inefficiencies”. 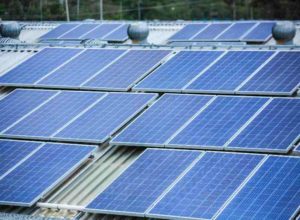