“There is a glimmer of light at the end of the tunnel as to what we need to do to stabilise Eskom,” said President Cyril Ramaphosa.

The South African president said this at a pre-World Economic Forum breakfast meeting with Team South Africa on Wednesday morning in Johannesburg.

He assured attendees that government is taking necessary steps to address challenges faced by Eskom.

Last year, Ramaphosa highlighted that when Team South Africa was about to depart for Davos, it had to deal with the Eskom board before jet setting.

However, this year he noted that g has already started making decisions to deal with problems facing Eskom. Read more: Eskom elaborates on its request for 15% increase

“We are confronted by Eskom once again. But this time we have taken steps…We’ve put together a task team…which is working together to come up with a proposal. A number of ideas have been put on the table to determine a better path for Eskom. There is some glimmer of light at the end of the tunnel in terms of what we have to do with Eskom…,” he said.

He continued: “We can safely say that Eskom is being handled and we will eventually put its challenges aside.”

On Tuesday, Ramaphosa met with the Eskom Sustainability Task Team at his official residence Mahlamba Ndlopfu in Tshwane.

The task team is expected to issue its full report before the end of this month.

Ramaphosa emphasised that government is dealing with problems at Eskom and is working to stabilise several government institutions, including the South African Revenue Service and the National Prosecuting Authority. 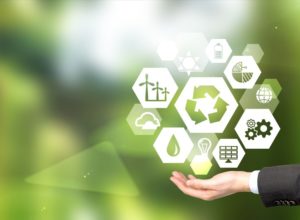