State-owned power utility Eskom has served a subsidiary of Exxaro, Exxaro Coal, with letters calling force majeure on the coal supply agreements in place for the supply of coal to the Medupi and Matimba power stations.

As indicated in the letters received by Exxaro, this is applicable for the period starting on 16 April 2020 until one month after national lockdown has been completely lifted.

The effect of the letters means that Eskom will not be taking the full contractually agreed tons of coal for the aforesaid period.

As Eskom has not indicated the extent of the reduced coal offtake, the potential impact on the supplier cannot be quantified until discussions with Eskom have been finalised.

After consultation with its legal advisers Exxaro is of the view that this event does not constitute force majeure as stipulated in the coal supply agreements, as the power stations are still capable of supplying power.

To this end, the coal supplier intends to defend its position in this matter and take the necessary action.

Exxaro stated that this communication from Eskom is not in accordance with the spirit of the call by President Ramaphosa, requesting businesses to continue paying contractors.

The company will engage with Eskom to discuss this matter and seek a mutually acceptable resolution. 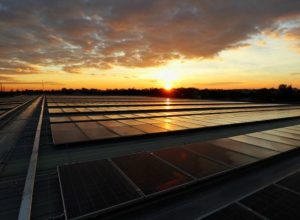