Eskom has admitted that its operational and financial performance has continued to deteriorate in the six months leading to the end of September 2018, with the situation expected to worsen before it improves by 2023.

Releasing the company’s interim financial results for the period under review, the Group chief executive, Phakamani Hadebe, said: “There will be pressure in the short- to medium-term as we transition towards financial and operational sustainability, a move that will require resolute, tough and decisive leadership. Eskom has defined an ambitious turnaround plan, largely within its own control, to improve financial performance by 2023.”

According to Hadebe, the power utility is currently in a debt-reliant liquidity situation as a result of low tariffs, limited growth in sales, increased costs, and the rising capital investment programme.

In addition to this, the company is facing reduced generation performance, low coal stockpiles, and increases in municipal debt.

8/ Finally @Eskom_SA recognizes that it can’t resolve its problem alone. The South African government will need to take the lead now in restructuring the power sector, insulating the heart of the system – an independent grid/system operator – and ring-fencing generation bad-bank pic.twitter.com/XzY1iKBgt1

Hadebe added: “Notwithstanding the above challenges, Eskom’s Board and executive management team have dedicated their efforts on five key priorities to create a platform for future growth. These include addressing poor governance controls; improving liquidity; ensuring a financially viable entity; completing phase 1 of the of the strategic review, and executing a nine-point generation recovery programme.”

Newly appointed chief financial officer, Calib Cassim, said most of Eskom’s financial ratios had deteriorated during the period under review, and that the situation is expected to worsen further in the second half of the financial year. 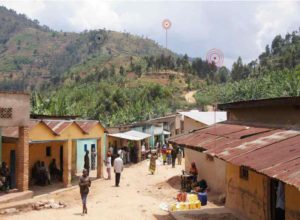